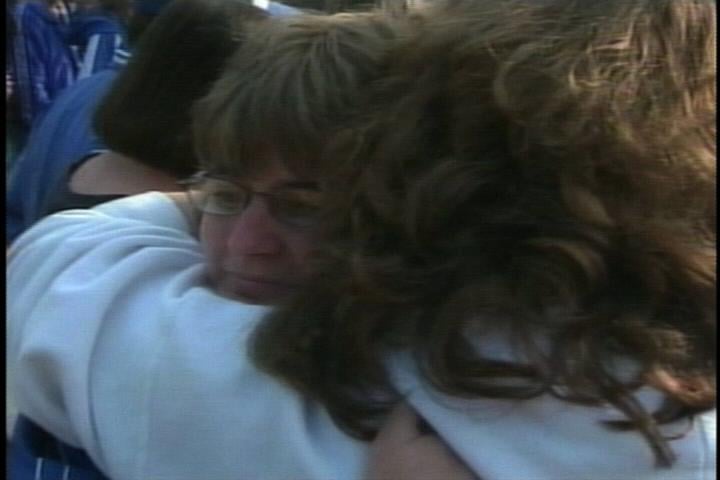 Friends and family of students join the vigil

Eighteen year-old Ryan Schallenberger faces state and federal charges that he planned to blow up Chesterfield High School.  He appeared at a bond hearing Tuesday.  The federal charge, which could carry a life sentence, was attempting to use a weapon of mass destruction.

Schallengerger's parents called the police this weekend after ten pounds of ammonium nitrate were delivered to the house.  Ammonium nitrate is the same fertilizer that was used to make the bomb in Oklahoma City in 1995.  Schallenberger was arrested and police discovered plans and an audio tape they say shows he was plotting to bomb Chesterfield High School.

Schallenberger 's classmates and their friends and family gathered for a vigil Monday night at Chesterfield's town government center.     They say the vigil was to show the community was united and for everyone involved to realize how lucky students and teachers were that the bomb plot was stopped.

They sang the school's alma matter and "Amazing Grace," and also prayed for themselves and Schallenberger.