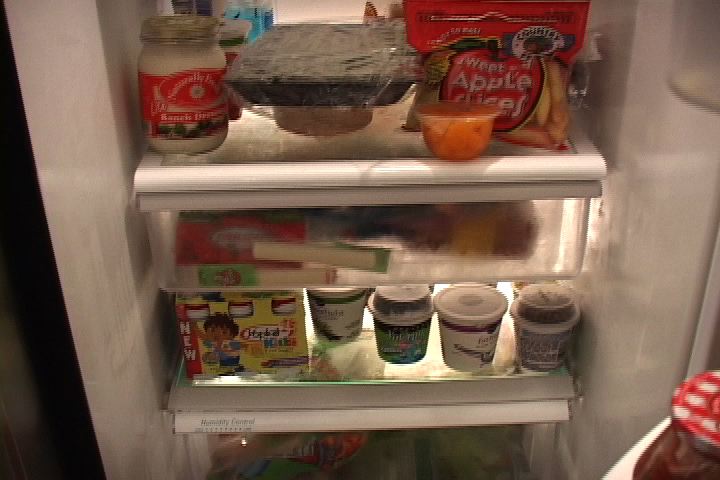 Tanner's refrigerator has healthy foods on bottom for kids to reach

The Institute of Medicine says Childhood obesity is increasing at an alarming rate in the United States.

After a thirty percent increase over the past ten years, some parents are stepping up to fight this troubling trend.

Andrea Tanner has two young children and is trying to prevent her children from contributing to the childhood obesity problem.

Tanner has also organized her refrigerator so that her kids can reach the healthy foods when they want a snack.

Studies show that over nine million children over the age of six are considered obese in the U.S., but unhealthy eating isn't the only cause.

Kara Montgomery, an expert at the USC School of Public Health, says part of the problem is that kids aren't as active now as they used to be.

"Many kids spend their time playing video games or watching TV, instead of playing outside when they have time, says Montgomery.

However, Physical activity isn't a struggle for the Tanner family.

Ben Tanner says they do it all.

"I don't want my kids sitting around watching tv all the time so we play soccer, jump on the trampoline, and Katie does dance," says Tanner.

Experts hope that more families will get involved to help keep their kids active.

Causes of Childhood Obesity According to the Institute of Medicine:

* Urban and suburban designs that discourage walking and other physical activities

* Pressures on families to minimize food costs, acquisition and preparation time, resulting in      frequent consumption of convenience foods that are high in calories and fat

Other Facts About Childhood Obesity: