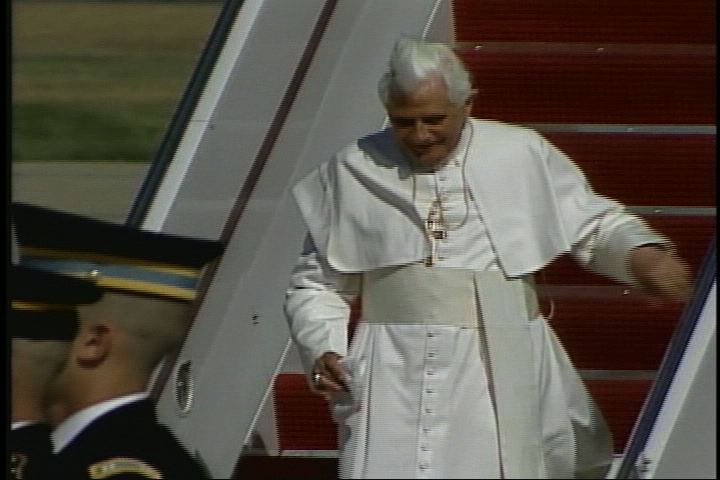 Pope Benedict XVI is visiting the U.S. and today he's in New York.  During his visit, he is talking to Priests and members of the church about a variety of issues.

One of the biggest and most controversial issues is the Catholic Church priest abuse scandal.   A 2002 report on priests abusing children and other members of the church identified move than 5,000 possible victims.

"It was disappointing, and it was a shame, I felt really bad for the victims," said Cherico.  "My dad went to Catholic school his whole life and he was really outraged and pretty disgusted by the matter."

"I'm glad it's over," said Wagner.  "But the big thing that has to be taken is that our church is not the only one that suffers from this kind of scandal, and I've been told that by ministers from every other faith."

The scandal is uncomfortable to talk about, but the Catholic Center members agree it's good that the Pope is addressing it.

"I think it still needs to be addressed by someone as high as the pope just to say that he was deeply ashamed and that it's a lot of pain and suffering," said Cherico.  "But I think it's nice that he's addressing that issue so now we can really move on."

"It happened several years ago, we've hopefully resolved it," said Wagner.  "I know it's still in the air, the public still want to know about it.  I'm glad he's coming to talk about that."

Even though it got so much attention, these Catholics believe their religion is stronger than scandal.