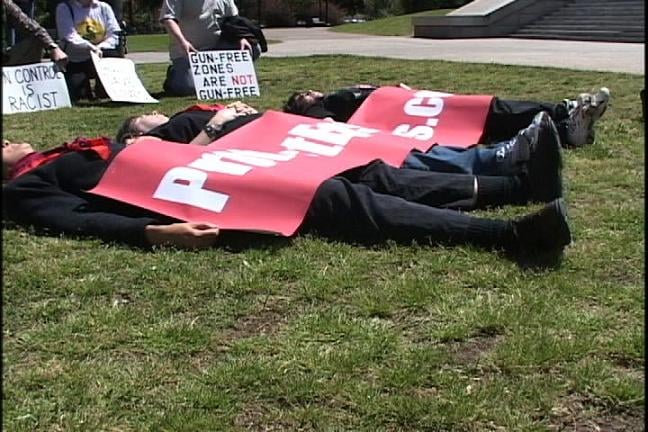 Protestors Laying Down for Three Minutes...The Time They Say it Takes to Buy a Gun

A day meant for remembering those killed in the Virginia Tech massacre turned into a debate on gun control.  Supporters of a proposal that would require owners to report lost or stolen guns within twenty four hours gathered at the State House Wednesday.

They laid on the ground for three minutes saying that's the amount of time it takes to purchase a handgun.

"Our best and brightest are being taken from us for want of reasonable and rational gun laws."

The proposal has not been introduced in the legislature.