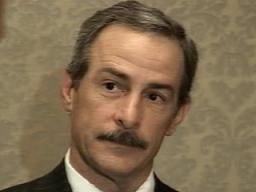 Governor Mark Sanford introduced Major Mark Keel as his nominee for Director of the Department of Public Safety Wednesday.

"We share a view on the need for clear discipline and clear procedures," said Sanford, explaining why he nominated Keel.

Major Keel is the current law enforcement division chief of staff with more than thirty years of experience. He also holds a law degree from the University of South Carolina. Both Keel and Sanford agreed that the first order of business would be a complete review of the agency.

"It's going to be a top to bottom review that I will look at in all those areas how best to restore the confidence in the public with the highway patrol to maintain the integrity of the troopers that do their job well," said Major Keel.

Sanford's nomination is pending confirmation from the state senate. Keel would replace James Schweitzer, who was not renominated for his position. That decision by Sanford came after allegations of misconduct by troopers, and claims of a lack of management from top officials.