Portable Lie Detectors for the Military Being Tested - DatelineCarolina

Portable Lie Detectors for the Military Being Tested 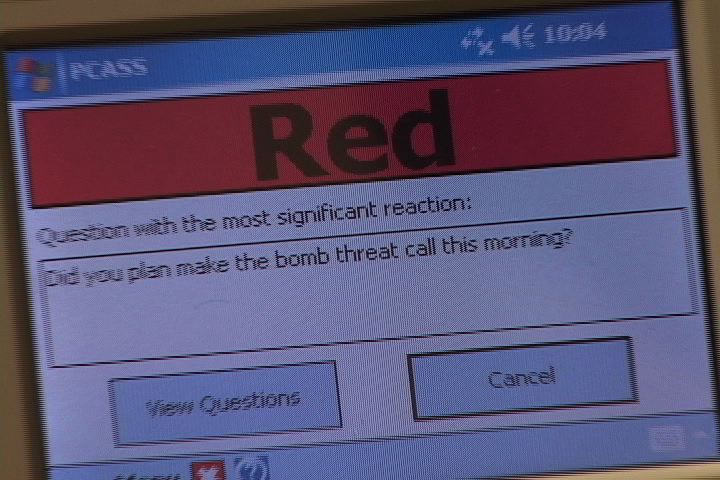 False Response on PCASS Lie Detector System ready for use in Iraq and Afghanistan.

The Pentagon will introduce the first ninety hand held lie detectors to soldiers serving in Afghanistan and Iraq this month. The new portable lie detector, called the PCASS device, is now being introduced to the military at Fort Jackon near Columbia.

"The PCASS device is designed as an original screening tool to help our soldiers make preliminary decisions on individuals regarding their dangerousness", says Special Assistant of Defense Academy for Credibility Assessment Donald Kraphol.

The soldiers will use the new hand helds to screen suspects after roadside bombings, but many wonder how will the device work.

"First you put on the components...one recording your heart flow and blood rate...the next are electrodermal plates that detect sweat gland activity...then what we do is we have actual question with the instrument here", says P-Cass instructor James Waller.

The interpreter asks questionsthat can be answered "yes" or "no", then the anwers are entered into the P-Cass unit.  After about ten seconds the unit gives results.  If the answer is true, the screen turns green; if its false, it turns red and if the answer in inconlusive, it turns yellow.

"The three studies that have been conducted so far have found that setting aside inconclusive decisions it had an average accuracy of somewhere between eighty and ninety-two percent", Donald Kraphol.