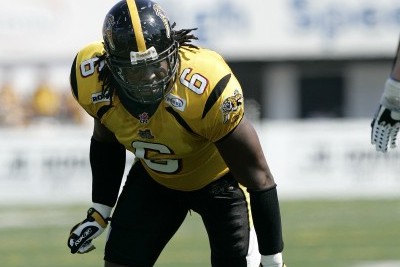 Jackson Played For The Hamilton Tiger-Cats

An autopsy revealed Jamacia Jackson died of an irregular heartbeat caused by an enlarged heart according to Sumter County coroner Verna Moore.

The  former safety at USC and standout at Sumter High, was found dead in his girlfriend's apartment early Monday.

Jackson came to USC in 2001 and played for Lou Holtz until 2004. He had workouts with NFL New York Giants but never made the roster.

Jackson was training in Sumter for the upcoming Canadian Football Season. He joined Hamilton of the CFL after being cut by the New York Giants.