Men Cause Their Wives an Extra Hour of Work a Day 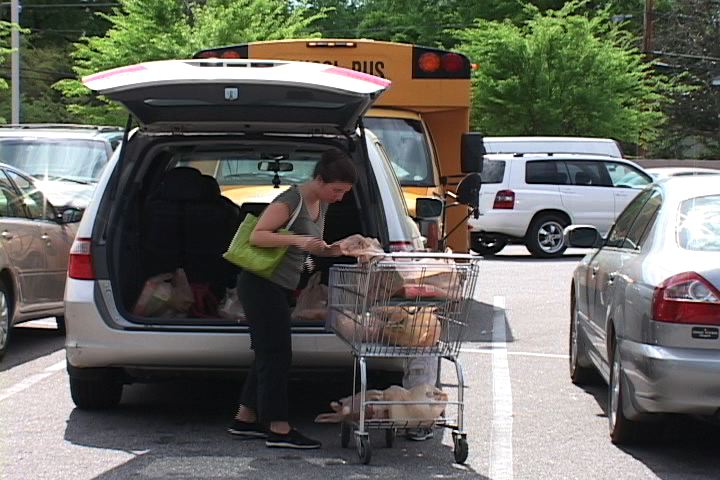 Grocery shopping is one of the many tasks housewives do for their families.

A new study conducted by the University of Michigan says women do more housework because of their husbands.  The Carolina News headed to the streets and found that most people agreed with the study's findings.

"I work a 40 hour job then I work another 40 plus hours at the home," says Gayle Edmunds who feels like she has two full time jobs.

She says she knew what she was getting into when she got married, though.

"I use to come home and do what I wanted to do. If there was nothing, I could do nothing... But that's out the window now. You fall in love, get married, whole new set of obligations" says Edmunds.

Carolyn Stirckland is a housewife who agrees with the study.

Some of the men even agreed with the results.  Stan Law says he understands why women might do so much work.

"If I got a spot, she washes it. That's stupidity. She should get them all together and do one wash a week" says the 85 year old of his perfectionist wife.

But he has been married three times and has learned to take some of the burden off his wife.

"I like to shine! I do all the cleanup" says Law.

Something that makes his wife's life a little easier.