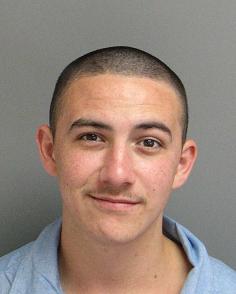 Eric McCall was arrested and charged Friday with the murder of Angel Anderson.

Police in Sumter discovered the body Angel Marie Anderson in a wooded area near Fulton Road Thursday.  The 18 year old had been missing since Monday.  She had been severely beaten they say.

The Sumter County Sheriff's Department arrested her boyfriend, Eric McCall Friday.  Investigaors say McCall admitted to having and arguement with Anderson and then beating and kicking her to death.

Anderson had been enrolled at Central Carolina Technical College in the fall.  One of her professors told Carolina News in Anderson was a quiet girl but a good student.  The professor said Anderson will be missed.

Sumter County Sheriff Anthony Dennis said the family is having a hard time coping with the news.

"Of course they were shocked when we discovered the body.  They also were emotional, very emotional over the loss of their loved one," said Dennis.

McCall is being held in Sumter on murder charges.  He has been denied bond.