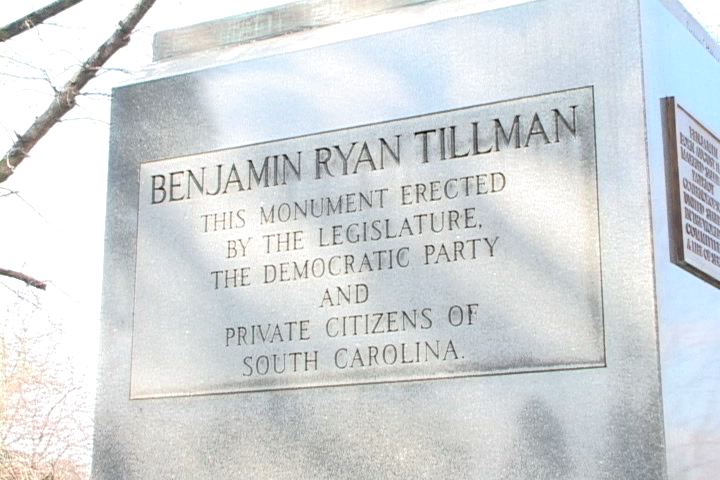 The Ben Tillman plaque does not mention he was an advocate of killing African-Americans.

Historical records state the former Governor and US Senator was a leader in the killing of African-Americans who sought for equal rights in the state, and some people feel having his statue at the Statehouse is an insult.

"To have this statue right there on the front of the Statehouse grounds, right where everyone can see it right on Main and Gervais, is an insult to the African-Americans and to people that don't believe that South Carolina's history ought to be filled with people that represented hatred," said Rutherford.

The bill to remove the statue of Ben Tillman is no longer being considered because not everyone feels the same way as Rutherford.

Despite the hold up, Rutherford still plans to continue to push for the change. He wants the proper and complete history to be brought to light.