Victims of Sexual Violence Speak Out 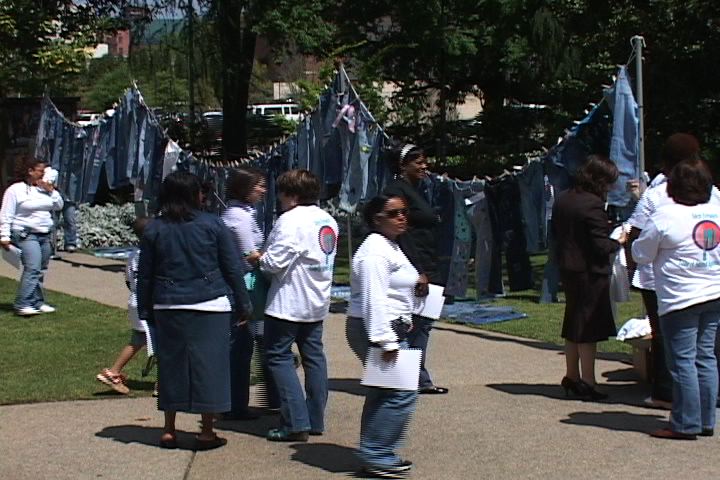 Rally goers gather near a display of decorated jeans that were strung up at the State House to honor sexual violence victims.

"As bad as the outside of me probably seems to you, the scars you can't see are so much worse," said Wanda Eady in an emotional account of her own rape.

Several survivors spoke of their experiences at the rally, and Representative Gilda Cobb-Hunter presented a certificate from Governor Mark Sanford dedicating the month of April to sexual violence prevention and awareness.

"This is my passion, and we are honoring those survivors today and their strength and their courage," said rape survivor BeBe Westbrook.