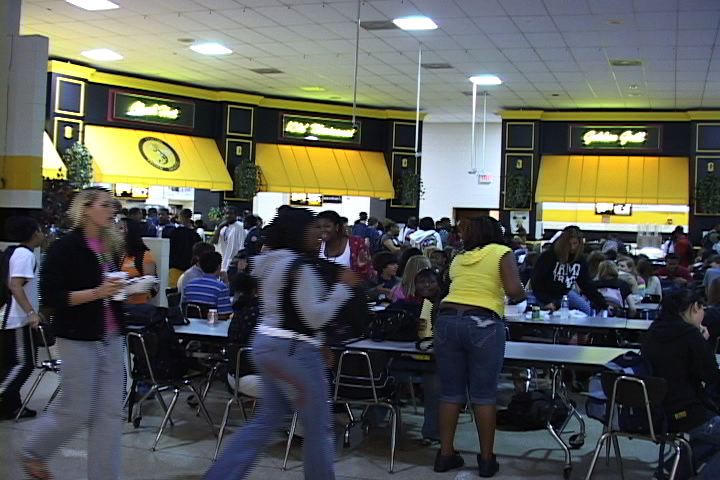 Students at Irmo High School eating lunch in the cafeteria.

In Irmo High School  hundreds of the hungry students swarm their food court.  They can choose from 44 different meal choices each day including a complete salad bar... and vending machines.

Those machines are safe for now in public schools . The South Carolina State Senate shot down a bill eliminating sodas and fatty snacks with more than 35 percent of its total calories from fat from school vending machines.

Students at Irmo High are very happy they still have the freedom to choose.  Some prefer the vending machine food,  like 10th grader Sherie Murray.

"Today I'm eating pizza...I think we have a wide variety and what you eat is up to each and every person to choose,"  Murray said.

Though all students aren't fans of the fatty food choices and one student wouldn't mind the change to a healthier food selection.

"The food is alright...there is a lot of greasy food and the pizza it's not that good...it's kind of gross actually,"one 10th grader proclaimed.

But Assistant Director of SC School Nutrition Todd Bedenbaugh says those grease-laden foods add to the growing childhood obesity problem in the state.  The Trust  For America's Health reports one in five South Carolina children are overweight.  That puts South Carolina seventh in the nation in that category.

"We just want healthier options for our kids and by this bill we were taking a stand on the obesity problem in South Carolina," Bedenbaugh said.

For now it appears the fatty foods will remain in public schools like Irmo High.  Bedenbaugh says he hopes the bill can be reintroduced to the Senate by the May 1 deadline.