Trucks Pull Off the Road in Protest - DatelineCarolina

Trucks Pull Off the Road in Protest 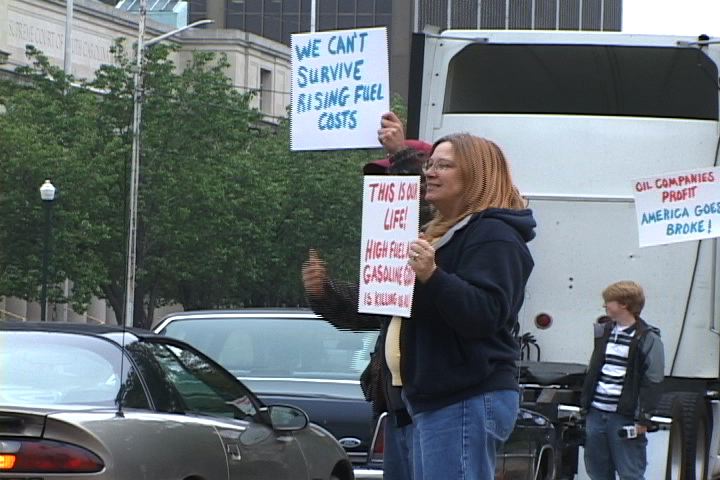 Truck drivers are beginning to take a stand against high fuel prices.  Several truckers in Columbia pulled off the road to picket in front of the Statehouse Friday.

Independent truckers say they are really suffering due to the high fuel prices.

"We're hanging on by a fingernail.  We're late on truck payments and our story is just about everybody's story.  Some of the small businesses, trucking businesses, are going out of business, they're having to close their doors, park their riggs, sell their riggs because they can't afford the fuel" says Wanda McDuffin, wife of an independent truck driver.

Protests started April first across the country.  Truckers in all 50 states have been trying to get law makers' attention by either driving at a crawl or pulling over all together.  The goal is to put a cap on high fuel prices.

Last week, Congress grilled oil company executives about the high fuel prices.  The oil companies defended themselves saying their profits are in line with other companies and past years.

Gas prices hit another record high on Monday at a national average of $3.32.