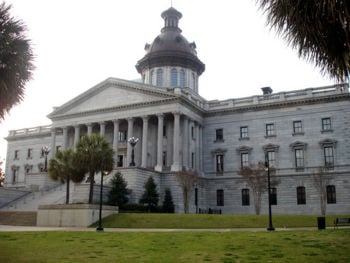 South Carolina's legislature has reached a tentative agreement on a bill that would require businesses to check all employees against a federal database to screen out illegal workers.

The bill discussed in committee wednesday would also prevent illegal immigratns from attending state schools, and allow SLED to enforce federal immigration laws. The bill could still be altered in committee or vetoed by the governor.

Sen Jim Ritchie (R-Spartanburg) says he intends to send the bill to Governor Sanford within the next ten days.