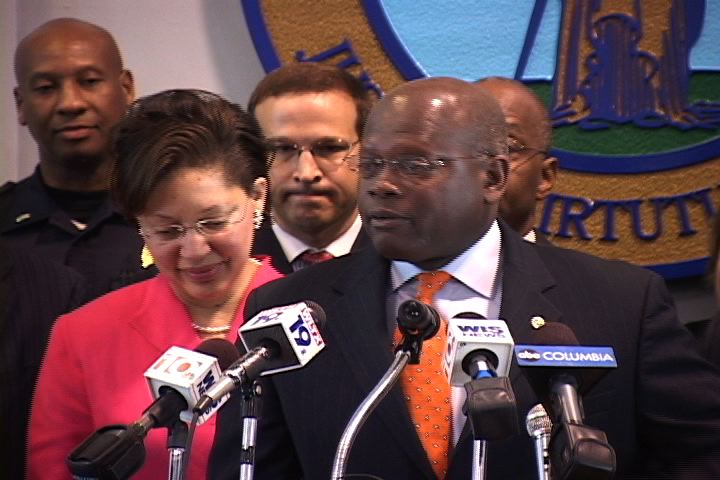 Tandy Carter has come out on top.  The former Shelby, North Carolina, Police Chief is now the new top cop of Columbia.  Mayor Bob Coble made the announcement of the city council's choice on Wednesday.

"I am very excited to be named the Police Chief of Columbia, South Carolina," Carter says.

Carter and his wife Gina will by making the move from the small town in North Carolina to the Midlands.

"He likes to get out in the community, he likes going to the neighborhood watch program... I think he's going to be pleasantly surprised," Gina Carter says.

Carter has 33 years of experience in law enforcement and many are ready to put it to use here in our city.

"From what we've seen he's a 'we' person... he believes in bring people together...talking about 'us' and 'we' working together... I like that alot," Mayor Coble said Wednesday.

Shelby Star crime reporter Graham Cawghon worked closely with Carter in North Carolina.  He says Carter did a lot for their community.

"He worked out in the community.. he did alot of work to reach out to them... alot more community and police partnerships.. you look at Shelby in 2003 and you look at it now and its like night and day," Cawghon says.

Officials say Carter will have several problems to clean up here in Columbia, including gang violence.  He will also need to regain the public's confidence in the police department after it  faced scrunity because of the sudden resignations of the past two chiefs.

Carter with begin his duties on May 1st.