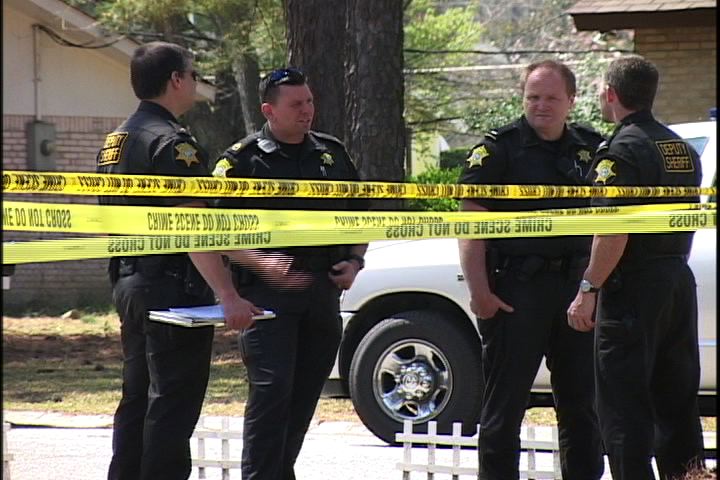 Sheriff's Deputies wait outside the home where Narcotics Agent Marcus Brown was shot on Wednesday morning.

Narcotics Agent Marcus Brown is recovering after being shot while serving a drug warrant in the Pine Valley Community on Wednesday.  The shootout left the suspect dead.

Authorities say Brown returned fire after shots came from inside the home.  Larry D. Bosket was hit in the head, shoulder and abdomen.  Bosket died at the scene.

Bosket's wife April and his 12-year-old daughter were also in the home during the incident.  Authorities say April Bosket tried to keep the officers from searching the house.

Authorities say Bosket was being arrested after he was spotted selling pot to teenagers.  The warrant was a judge approved  "no-knock" warrant which says officers don't have to identify themselves.

According to The Columbia Urban League president J.T. LcLawhorn, the league is launching an "independent citizens review panel... to examine the case." LcLawhorn says this comes because some people on the council think Bosket was unaware that he was shooting at police.

Neighbors say the suspect was nice and respectful.  They also say they did not expect any drug activity at the home.

According to officials, Brown had surgery on his upper arm yesterday and is expect to make a full recovery.