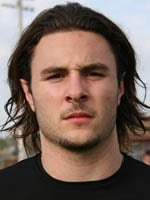 University of South Carolina football player Stephen Garcia is suspended for spring pratice and summer classes. He will to go through alcohol counseling and drug testing if he hopes to be readmitted to the school in August. The suspension comes after he was charged with underage drinking earlier this week.

Coach Steve Spurrier and Garcia are not saying much about the issue, but students at USC are weighing in on whether the punishment is appropriate.

"I think if it was any other general student, it would've been much worse. Because he is a celebrity on campus, and he is a hot shot, he's going to get things lights," said student Michael Mayer.

This is not the first time Garcia has been in trouble and his punishment follows what Coach Spurrier said would happen if he got into trouble again.

"After Garcia's two strikes last years Spurrier told him one more strike and you're out. And he knew what he was diong and he knew if he got in trouble again he'd be suspended until August. I think that's a fair punishment," said Capital City Sports producer, Ed Cahill.

There may be more trouble ahead for Garcia; he's still under investigation for charges of pulling a fire alarm. Police are looking into why he did it, and if they believe it was for false reasons, it could mean even more charges for the football player.