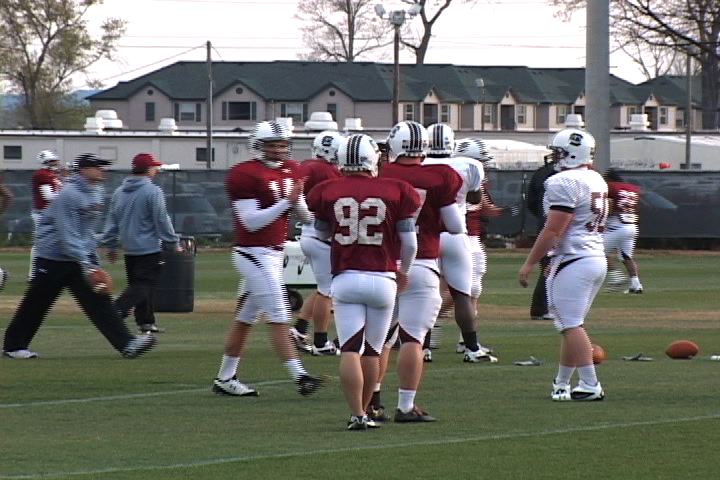 USC football players work out in full pads for the first time in 2008.

The USC football team hit the field again Monday night to resume spring drills in preparation for the 2008 football season.

It was the third of 15 spring practices, and the first for the team in full pads.

Suspended quarterback Stephen Garcia was not there, but head coach Steve Spurrier said he wasn't worried.

"He may be out here (again) or he may not be out here. If they say he's here, he'll be here. It's out of my hands. Chris Smelley and Tommy Beecher had some real good throws here tonight. Those two guys are very capable of leading our team next year," Spurrier said.

The Gamecocks will return to the "Proving Grounds" on Bluff Road on Wednesday at 7 p.m.