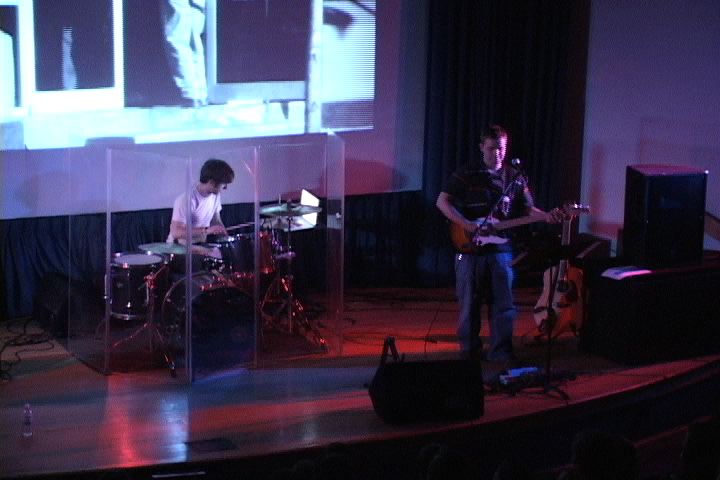 Midtown uses a band instead of a tradition choir and orchestra.

The lights are low. The dress is casual. The music is loud. That's the scene at Midtown Fellowship in Columbia.

"One of the things we have to be frank with ourselves is that culture is changing, constantly. As culture changes, the church must change," says Pastor Dustin Willis. T

his change is what Willis says increased church attendance from 7 people in a home to 450 people packing out the South Carolina State Museum on Sunday nights. With recent studies showing only 20% of churches are growing, Midtown is in the minority.

"One of the big things that we emphasize more than anything is relationships. A couple of weeks ago I saw a 19 year old sophmore...and beside him is a 48 year old african american homeless lady. That was his friend. It's our hope to see things like that," Willis says.

Willis believes their focus on relationships, not preaching at people, is what brings in people who wouldn't normally come to church.

"A lot of times now when I'm in Columbia and here, I feel like god's speaking to me a lot more," says church member Jay Hendricks.

Midtown says they try to break from normal church events by going into the community. They were the driving force behind the Homeless for the Homeless event. The event brought hundreds of people to sleep outside at the Salvation Army to experiance what it would be like to be homeless for the night.

Midtown will be hosting an extreme skating exposition in April to benefit cancer research. For more information, visit here.