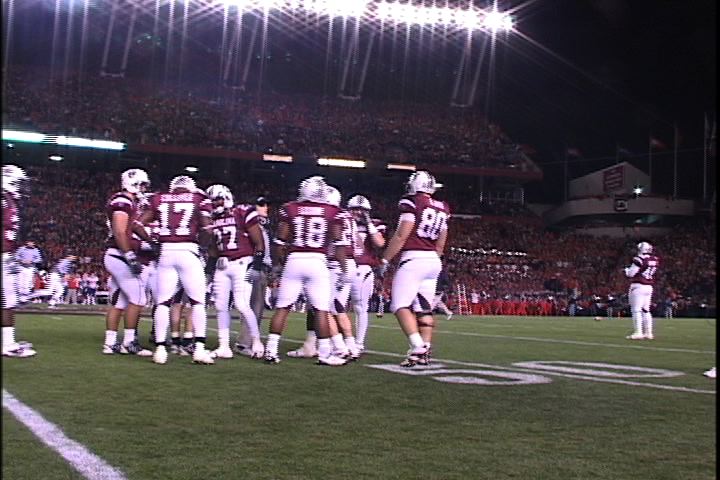 After getting rained out on Wednesday, the South Carolina Gamecock spring practice started on Friday.

Steve Spurrier and his coaching staff will have 15 practices to get the team ready with the annual Garnet and Black scrimmage less than one month away,

The Gamecocks need to make several adjustments following last season's disappointing end, losing their final five games and not receiving a bowl invitation for the first time since 1990.  Spurrier will need to decide on a new quarterback with Blake Mitchell gone.

The Gamecocks have a new defensive coordinator, Ellis Johnson from Mississippi State with the departure of Tyrone Nix for Ole Miss.  Johnson will have 10 of 11 starters returning on defense, including linebacker Jasper Brinkley, who returns from a knee injury.

USC's schedule is grueling as usual with home games against Georgia, LSU, Tennessee and Arkansas, as well as trips to Florida and Clemson.

All practices are open to the public.

Practices are held Mondays and Wednesdays at 7 p.m. and Fridays at 4:15 p.m. at the practice facility on Bluff Road.