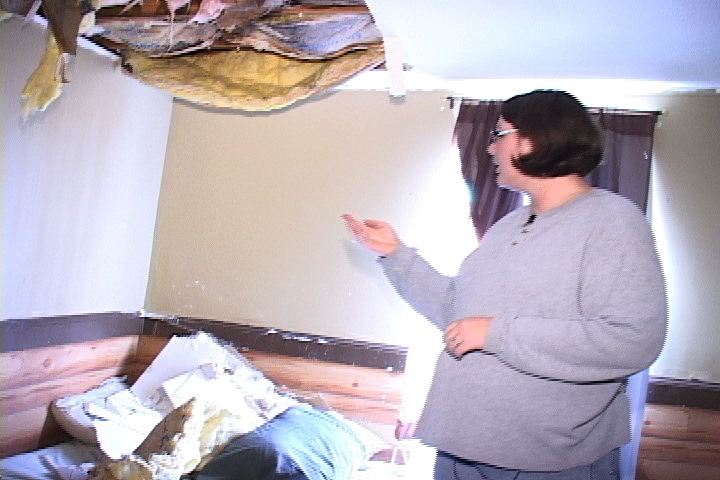 Lori Cooper at her damaged home

Her family is one of over one-hundred left homeless after the tornadoes that ripped through South Carolina this weekend.  When the storm hit their Elgin, SC home, Cooper rushed her two daughters into a closet, hoping it would keep them safe.

"I just told them to hold onto each other until I got back.  When I came back, they were still holding each other and singing Jesus loves me," she explains the fear she had for her kids.

The closet the kids were crouched in was the only room in the home that was untouched by the storm.  The roof had been ripped off and the windows were smashed.  Cooper's family had no insurance and has no money to rebuild their home.  She says they must rely on the help of others.

Cooper confesses she is still trying to deal with the fact that she can no longer go home.