Elgin Family Still Picking Up the Pieces After the Storm - DatelineCarolina

Elgin Family Still Picking Up the Pieces After the Storm 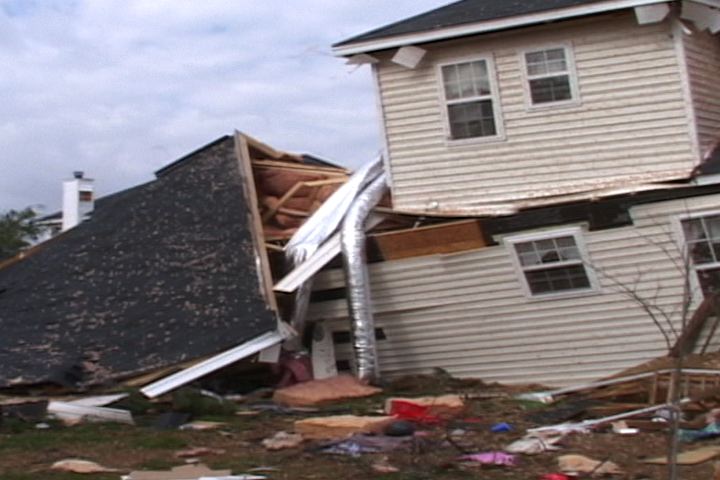 The remaining structure of David's home

David Spears of Elgin, SC and his family are still picking up the pieces after a tornado hit their home on Saturday.  Spears says the tornado ripped through his house 5 minutes after he got home from work.

"We're all standing in the living room and we seen our back table and the deck go flying and a grapefruit-sized hail slamming down," says Spears.

Not only did the tornado do damage to his home but Spears has suffered some injuries as well.  He was picked up by the wind and slammed into his coffee table before being picked up again and thrown against two doors.

Spears says, "I got three broken ribs, my knees are all pretty cut up and bruised from slamming into the wall and my shoulder is real soar and bruised."

His wife and daughter are okay but as for his home, the tornado knocked the structure completely off its foundation and is now unsafe to walk in.  Spears says he has been waiting three days so far for insurance adjusters to assess the damages.

"It's a confusing part when it happens because you expect to be taken care of right away but it doesn't happen that way," he says.

Spears's home may not be salvagable, he and his family will rent a home until theirs can be rebuilt.