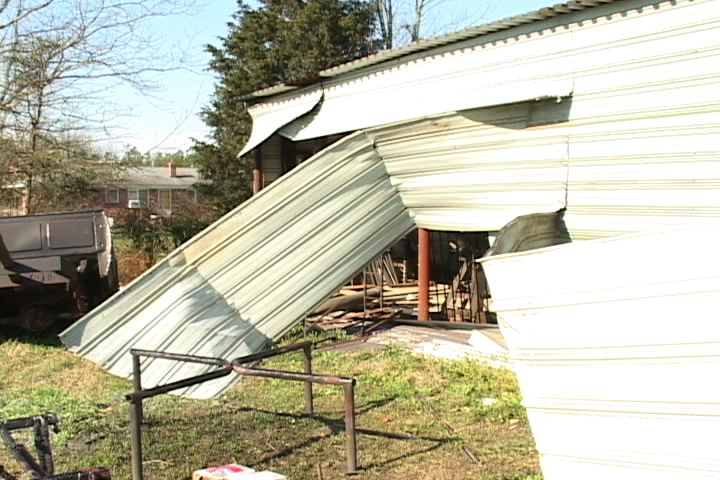 Houses and sheds, like this one in Kershaw County, were destroyed by the winds. Winds reached up to 140 mph. 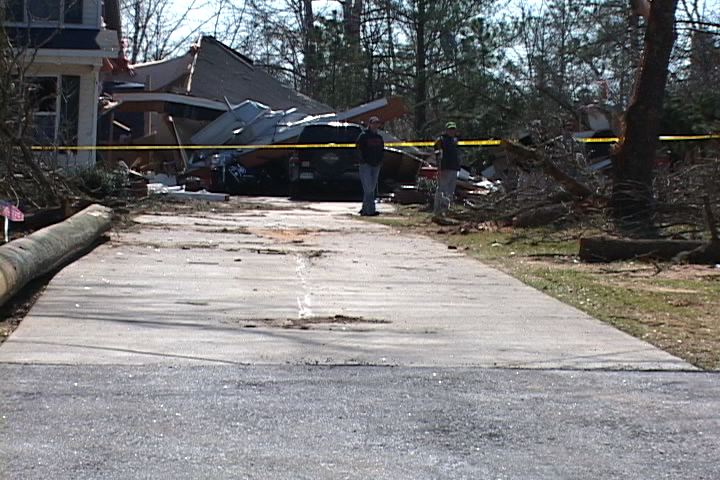 Residents in Newberry County survey the damage done to their homes. 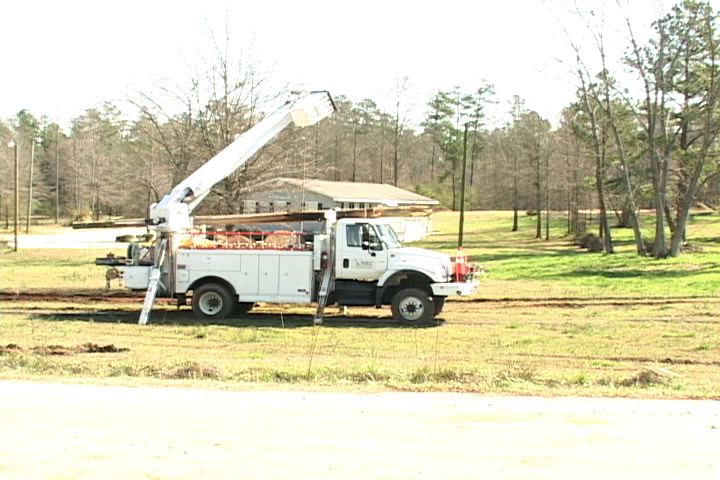 Crews work to repair the power lines in Prosperity that were damaged by the tornados. 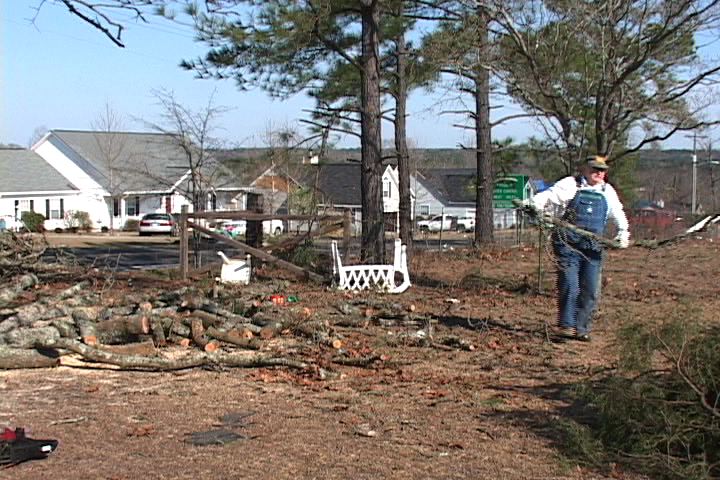 Volunteers from all across the state come to Elgin to help pick up debris to be hauled away. 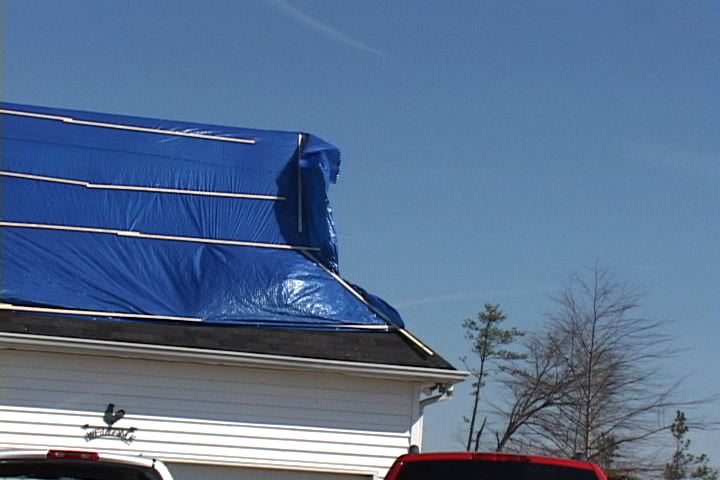 Tarps cover holes in roofs to protect homes in Newberry County from getting any more damage.

"It knocked off the foundation...stuff was just flying around," says Elgin resident, Penny Haynes.

Haynes is just one of hundreds of people whose homes were damaged by the estimated 15 tornados that ripped through South Carolina on Saturday.

More than 5,000 people were without power on Sunday after the tornados damaged power lines. Some homes in Aiken are still without power.

Experts say Newberry, Kershaw and Orangeburg county were among the hardest hit. Homes were destroyed and damaged by falling trees and many are covered in debris. Esperts estimate 68 homes are completely destroyed, 125 families are homeless, and almost $125 million in damages. Luckily, no deaths were reported.

"I was in shock 'cause all of the trees and two buildings was gone...just in shock," says Prosperity resident Wilfred Dominick.

The clean up efforts are just starting, with volunteers coming from all over the state. Governor Mark Sanford activated the state's emergancy plan, which allows state employees and equipment to help with the clean up.

"Total strangers (are) coming to help and your own best friends of 20 years won't," says Haynes.

Members of the South Carolina Baptist Relief are just some of volunteers who've gone out to help clean up.

"(We're) picking up wood, roofing, and hauling stuff out to the road so they can pick it up," says relief volunteer Furman Broom.

Both Haynes and Dominick say the hardest part is losing the sentimental things, but are grateful that their families are safe.

"It hurts a lot but I got my mom. Its me and her and that's all I care about,"  says Haynes.