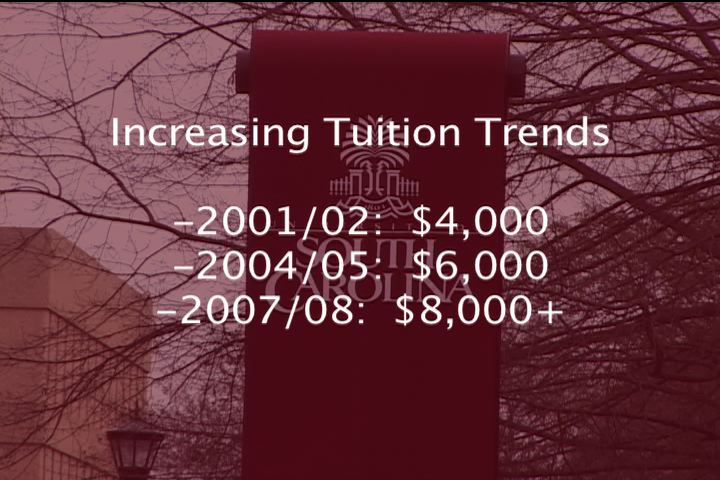 The South Carolina House of Representatives Ways and Means Committee has approved a new South Carolina state budget and if adopted it could mean higher tuition for USC students.

The budget cuts $10 million from state colleges and that means the University of South Carolina will lose about $4.3 million.  The school's admissions office says this cut will probably force the system into another increase in tuition.  Tuition has been rising steadily over the last few years, increasing $4,000 in just six years.  The admissions office says this budget cut could lead to an even higher tuition increase next year.

Students are afraid higher tuition could really hurt them.

"I'd have to work a lot more here.  I bet my grades would go down then," says one USC student.

Students are not the only ones opposed to the tuition increase.

"These politicians keep talking about how they support education.  They support K-12, but when it comes to higher education, they keep cutting the budget," says USC father, Rick  Peterson.

Most people are just hoping the budget cut does not force too much of an increase in the school's tuition.