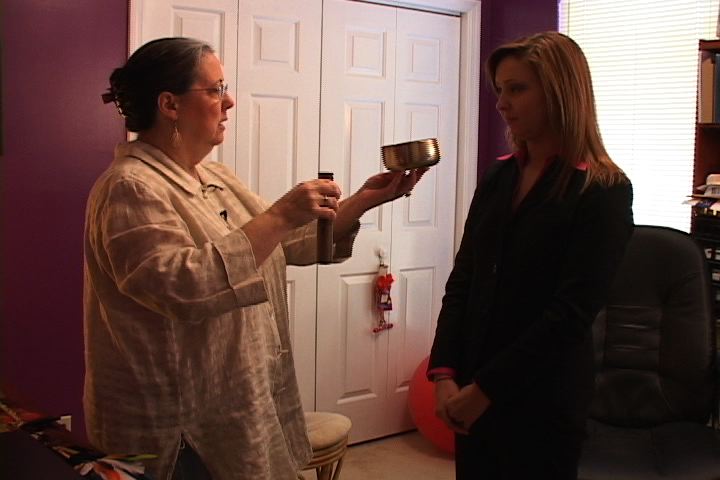 Holli Emore demonstrates some rituals she may be performing during the lunar eclipse.

The pentacle, the diety Isis and mediations are all important to Holli Emore. Why? Because she's part of the Wiccan community in the Midlands. And she says last night's lunar eclipse was truly special.

"There will be a lot of people practicing...it's a real powerful time for magic," Emore says.

And Jenn White, practicing Wiccan and owner of the naturalistic healing store Belladonna's, says this eclipse is more important than others.

"Well this particular eclipse falls on a full moon and that full moon is a quickening moon... which means...any magic you would do for this night would be quickened...would come to you quicker."

According to White, this can also mean a new beginning.

"This particular moon helps you to rid yourself of negative situations and energies," she says.

Most most importantly for White, this eclipse allows Pagans to celebrate in their own, personal ways.  And she says she won't be doing magic.  "I won't be tonight... this is a time for observing and giving thanks for what I have."

But, Emore will be meeting with her group and maybe casting spells.  But...she says she can't talk about it. "We do have to keep some of our secrets."