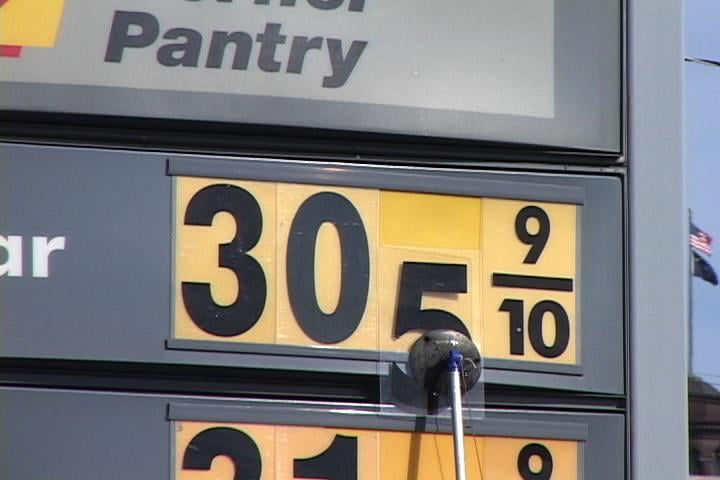 A worker at the Shell gas station at the corner of Assembly and College Streets change the price of regular gas.

Gas prices continue to climb in South Carolina and around the nation as the price of crude oil hit new record highs again Wednesday.

The price of oil closed over $100 a barrel on Tuesday for the first time and on Wednesday it set another record, closing at $100.74 per barrel.

The national average price for a gallon of gas hit $3.08 Thursday, while the average price in the Columbia area topped out around $2.96.

At one Shell station that we visited in Columbia, the price of gas went from $2.99 to $3.05 in a matter of minutes. And that price jump is hitting consumers hard.

"It's directly out of my pocket," said contractor Stanley Paige. "And most of the times you can't pass it on. You can't increase your fees to accommodate the gas prices."

"It hurts. That hits my wallet big time," said Frito-Lay regional sales manager Mark Stripling. "It affects some of the extra curricular things like the movies and things like that. Especially in my case, I've got three children, so it costs a bit to do that anyway. "

Most Americans saw this coming eventually, but others like Stripling say they hope the government does something about it.

"Hopefully they'll hear our cries...you know, the people's cry...and hopefully do something about it for us."

If you want to find the cheapest gas near you, check out GasBuddy's website.