USC Police Say They Are Prepared for Emergency - DatelineCarolina

USC Police Say They Are Prepared for Emergency 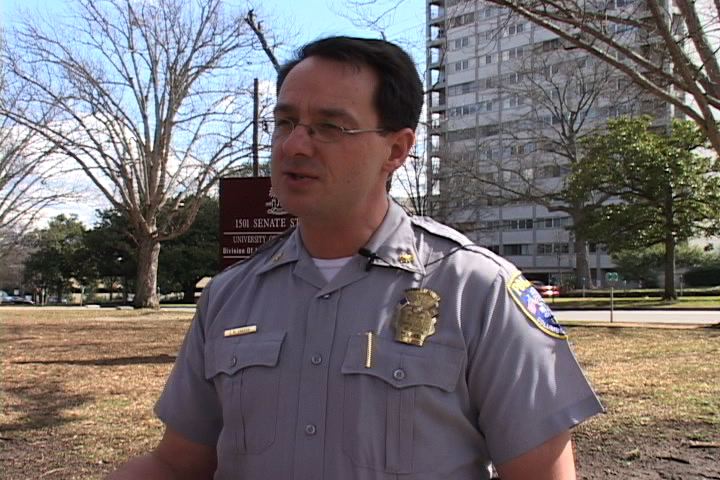 Deputy Director of the USC Police Department Eric Grabskie says the department is prepared for an emergency.

More funerals for victims of the University of Northern Illinois shooting are being held, and many people at the University of South Carolina are wondering what could be done if such a situation were to occur hear.

Many classrooms at USC have only one entrance and exit located at the back of the room, just like the room where the gunman, Stephen Kazmierczak, at the University of Northern Illinois shot and killed five fellow students.

USC Police Director Deputy Eric Grabski is positve that they could handle the situation.

"USC has several excellent resources one of them being the USC Police Department and we have 68 officers and they are trained to respond to an active shooter," he said.

Another key resource that USC has is it's new Carolina Text Alert service.  In case of an emergency on campus the new text alert service will send out a message to students and faculty on their cell phone warning them of any crisis.   This text message would also tell the student what they should do depending on where their located.

Many students were also pretty confident that USC would protect them.

"I feel pretty safe...I feel like USC has many resources to inform students that things are going on on campus and the text message alert is one even my mama send texts nowadays," Quinton Dewitt, a USC student said.

"It's scary to think about, you don't think it would ever happen, but hopefully it would never happen," third-year design student Caroline Martin said.

Students can sign up for the Carolina text alert just by going the http://vip.sc.edu