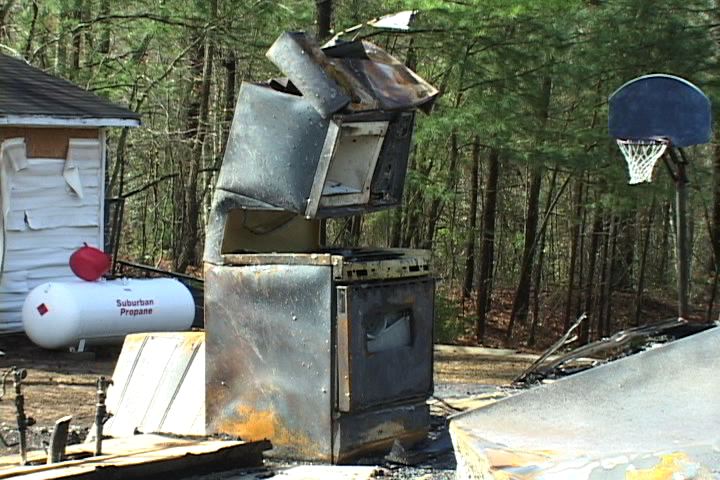 Officials say the fire started in the kitchen.

The only things left standing at Hillcrest Baptist in Sumter are a stove in the kitchen and a baptismal pool.  A fire early Sunday morning destroyed everything else.

Officials say the fire started in the kitchen and it has been ruled accidental.

Most of the small congregation gathered at the site for hours while firefighters put out the blaze.  Some members are still reflecting on the special place the church held in their hearts.

Virgil Smith has been a member of Hillcrest Baptist for a year.  He started going back to church after a long abscence and thanks the congregation for reaffirming his faith.

"I almost lost my wife in 2001.  I prayed to the Lord...if he'd save my wife...I'd be a Christian the rest of my life", Smith said while trying to hold back his tears.

The congregation sees the fire as a blessing in disguise.  The church has plans to expand, which will now be possible with the help of insurance money.