The University of South Carolina Has a Piece of Black History 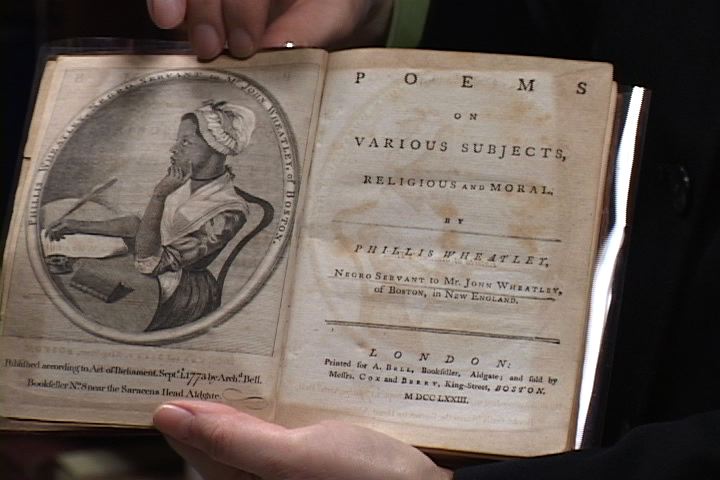 Only known portrait of Phyllis Wheatley in her rare book at USC library.

The University of South Carolina has a rare book by Phyllis Wheatley in a vault at the Thomas Cooper Library. Wheatly was an African American slave, born in Boston, Massachusetts. She is was the first black woman to publish a book in 1773.

In Wheatley's book of poems she writes about religion, eulogies, and other subjects.  The University of South Carolina purchased the book last summer for thirty-five thousand dollars. Although there are a few other copies, the one at USC is unique because it has the only known portrait of Wheatly.

The book is locked up and available only to researchers, but the public can view a copy online. USC professor Kwame Dawes says having the book online is makes it easier for people who don't visit libraries anymore.

"This is the first edition of this work that is ever going to go online, and I think that its going online is important because the truth is most people have actually stopped going into libraries," said Dawes.

Having such a historic book is important to South Carolina because the state has a long history in slavery.