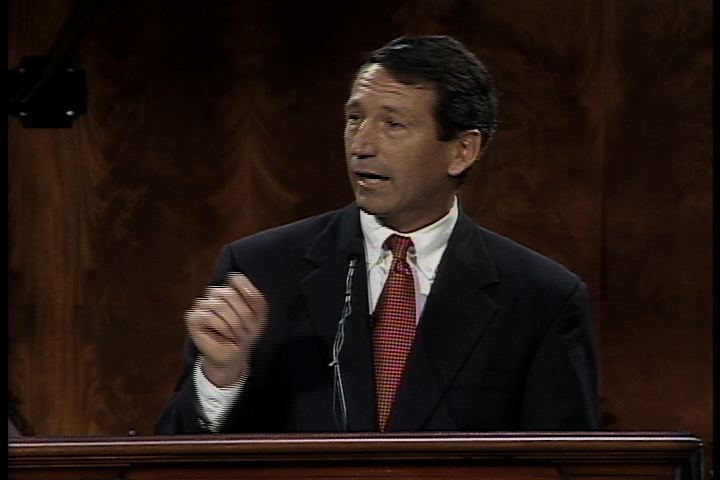 Sanford is well liked among conservatives.

South Carolina Governor Mark Sanford is being considered as Sen. John McCain's presidential running mate, according Columbia's The State newspaper.  Sanford is viewed as the nominee needed to draw in votes from those who don't see McCain as a hard conservative say some political experts.

"He could be a balance if McCain's not seen as a positive to the conservatives," says USC political science expert Blease Graham.

"Governor Sanford is flattered by the speculation, but it's not something that he is actively pursuing at this time or that he's had any conversations about," says Sanford's representative Joel Sawyer.

McCain is expected to take the presidential nomination for the GOP, but he doesn't need to announce his running mate for months.

Sen. Lindsey Graham is a close friend of McCain and has also been mentioned in the discussion of possible VP choices.   Others names being tossed around include Mitt Romney, Mike Huckabee, Condoleeza Rice and Joe Lieberman.