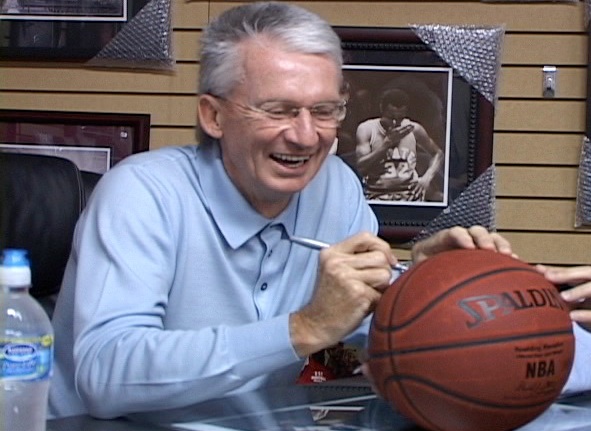 John Roche signed autographs and talked with fans on Saturday.

About 450 excited fans of Roches came to Safrans for autographs and conversation.

"I woke up at like 6:30a.m. on a Saturday.  I was so excited to see him. I could hardly sleep at night," said Robert Valios.

" I was so afraid I wouldn't get here in time...that he wouldn't be here.  I'm just so thankful," said Gay Laird.

Roche was signing everything from basketballs to T-shirts while sharing stories from his basektball days.  He was touched by the number of people that came to see him.

"It's been so many years ago.  It's a very nice gesture and feeling that our team had a positive impression on people when we played.  On behalf of my teammates,  I thank everyone," said Roche.

Roche was in Columbia to support the 100th anniversary of Gamecock football and raise money for the March of Dimes.