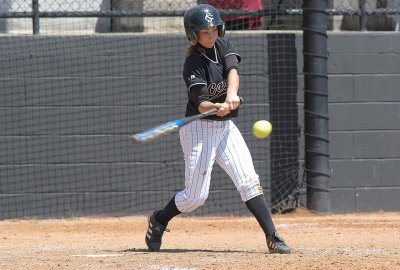 The University of South Carolina's softball team picked up a win against the Western Carolina Catamounts Wednesday.  The 3-0 victory was a momentum booster for South Carolina which is now 2-4 for the season.  This was the regular season home opener for the Lady Gamecocks.

The Gamecocks started out strong with two hits by freshman centerfielder Laura Mendes, a double in the third and single in the fourth inning.  Senior second baseman Lisa Longo scored two runs.  Mendes got the Gamecocks's third score on a single by Jill Semento.

Becky Martinez and Mendes both hit singles after Longo's double down the left field line in the fourth.  The Catamounts finally ended the hitting streak when relief pitcher, Laun Ross, struck out Semento.

Carolina's starting pitcher, Kate Pouliot, struck seven out while giving up four hits and one walk.  Red shirt freshmen Kyrstle Robinson picked up the save, striking out five.

This win was not only a boost for the softball team, but it was an historical moment for Head Coach Joyce Compton.  Wednesday's game was her 900th win at South Carolina.  She has been the coaching for 21 seasons and has been huge part of Carolina's softball success.

The next time the Gamecocks will be in Las vegas for the UNLV Loiusville Slugger Desert Classic starting Friday.   Their first opponent Friday will be UCLA.  Other teams in the Classic are Cal Poly, Oklahoma, Oregon and Cal State Northridge.