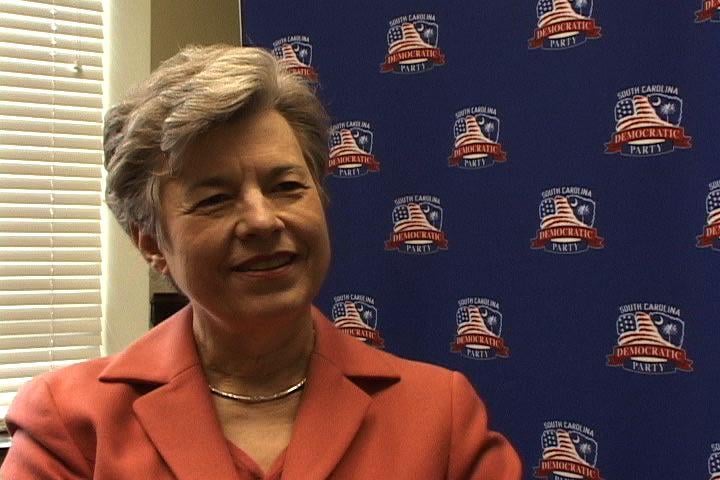 The Democratic race to be the party's presidential candidate is neck and neck.  there is still no clear winner after Tuesday's Potomic Primaries, leaving many voters wondering how the Democratic nominee will be finally be picked.  It could wind up in the hands of super delegates.

Super delegates are public officials and party leaders who have a vote at the Democratic Convention in August but who are not bound to vote for a candidate who wins a primary or caucus.  They are able to vote for whomever they please.

There are 800 Democratic super delegates in the United States.  Of those, 390 have said they will back either Barrack Obama or Hillary Clinton.

South Carolina has eight super delegates.  Five of them are still not committed.

Carol Fowler is the head of the South Carolina Democratic Party.  She is one of the super delegates who has not announced who she will vote for.  Fowler says she feels she has plenty of time before August to make up her mind.  There are several things influencing her decision.

Fowler also feels there is one main issue to consider.  "I'm concerned about which candidate can win.  Democrats really really want to elect a Democratic president in November."

Carol Fowler's husband, Don Fowler is committed.  He was head of the National Democratic Party under President Bill Clinton and he's announced his backing of Hillary.  Carol says her husband's support doesn't necessarily influence her decision.  "We don't always do things the same way.  We go our separate ways lots of times," she said.

Carol Fowler believes the super delegates will end up voting along the same lines as the delegates from their state.  Which might mean a photo finish in the race for the Democratic Presidental nominee.