"No Show" Policy May Keep Students At Home - DatelineCarolina 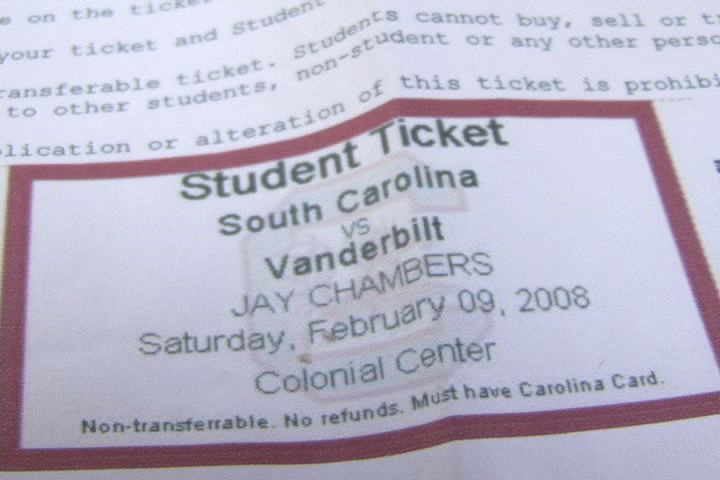 Students must have a student ID and get their tickets scanned to gain entry into the game.

The University of South Carolina has a new "no show" policy for student ticket holders that will limit the number of sporting events students can miss.

Under the new "no show" policy students can only miss two football games they reserve tickets for before they can't get tickets for the rest of that season. If a student collectively misses five football games from the time they enroll in USC, that student won't be able to get tickets to a USC athletic event for the remainder of their college career.

Both the women's and men's baketball games are counted together. Missing four games will keep the student home for the rest of the season, while eight missed games will result in the student losing the right to obtain student tickets to USC athletic events.

"The idea is to give every student an equal opportunity to get tickets. Last football season we had students selling tickets for over one hundred dollars and that is unacceptable," said Director of Student Services Anna Edwards.

The policy is monitored through the University's online ticket distribution system which tracks what students get tickets and if they use them. The "no show" policy came after university officials did a study showing that one out of five of student tickets were not used during football season last year.