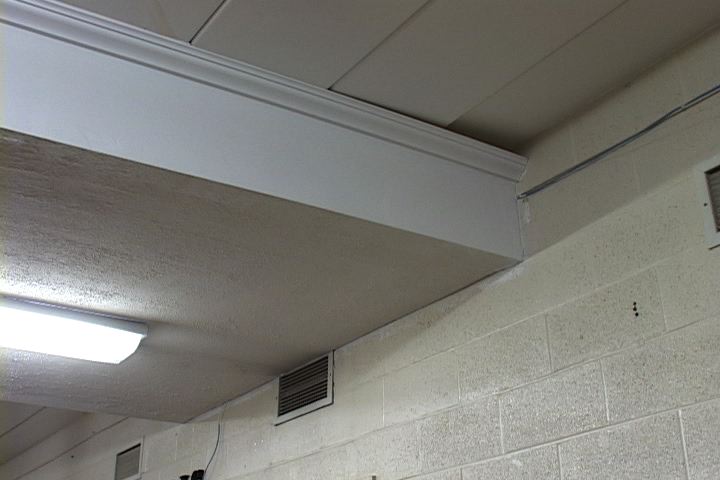 Architects found problems with the roof in two academic wings of Ninety Six High School. Here you can see that the concrete slabs of the ceiling are not even.

Students at Ninety Six High School are back in school this week, but are having to adjust to some major changes.

School officials cancelled classes and closed the two academic wings of the school last Wednesday because architects found structure problems with the roof.

The roof had been leaking and officials were worried that the concrete roof slabs would collapse.

Students went back to school Friday but discovered that their classes were moved into the library, gym, cafeteria and even to Ninety Six Primary School.

Teachers say the students are doing well despite all the changes.

"It's impressive the way everybody just joined together and helped each other, its inconvenient of course, but you know we do what we have to do," says Anthony Rotella, a Social Studies and History teacher at Ninety Six High.

Superintendent Dr. Dan Powell says 20 portable classrooms have been leased from Greenville County and should be in place by the end of the month.

He says everyone has been very supportive, even with all the problems.

"Everybody's been very positive and supportive about this our faculty, administration, our teachers, students, they're really stepped up to the plate and have been so so supportive its just amazing that we're where we are right now," says Powell.

Students will make up the classes they missed on February 22.