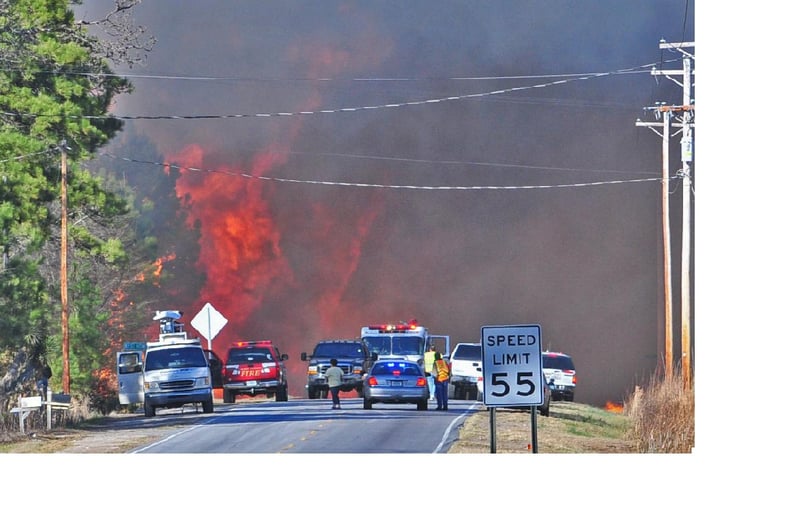 A wildfire blackened more than 200 acres in Horry County near US 701 Sunday afternoon, destroying several structures.  No homes were damaged.

Fire Rescue Spokesman Todd Cartner says several people complained about smoke, but no one was taken to the hospital.

About sixty homes were evacuated, but people were allowed to return home later Sunday afternoon. The cause of the fire is unknown.

A total of 109 other wildfires broke out across the state. Most of the fires are either out or being contained, but smaller fires may still be burning.  The South Carolina Forestry Commission is doing what it can to prevent other wildfires from starting.

South Carolina's wildfire season is in effect until early spring.