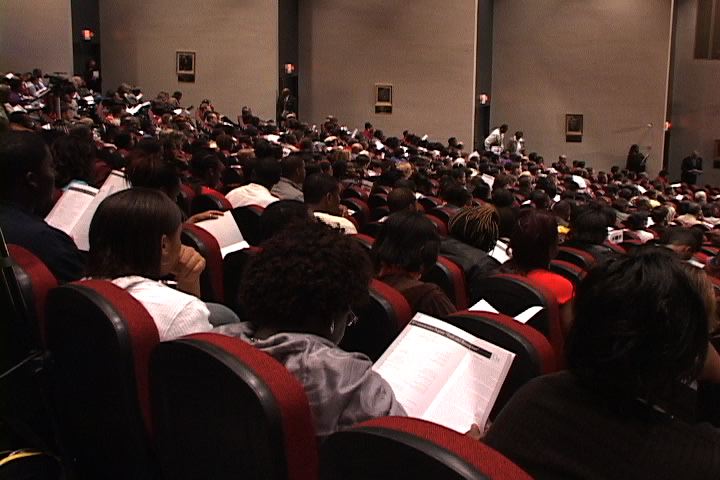 The students who lost their lives while protesting discriminiation in Orangeburg are being remembered forty years after what came to be known as the Orangeburg massacre.

Three men were shot and killed on the South Carolina State campus in February 1968.  The men, along with other demonstrators, were protesting segregation in the South Carolina town.  Police who had been called to the scene to maintain order, thinking they were being shot at, fired into the crowd.  Henry Smith, Samuel Hammond and Delano Middleton were killed.

The shooting took place before the Kent State shooting but never got media attention that the deaths at the anti-Vietnam war protest in Ohio recieved.

Hundreds of people gathered Friday to keep the memory of those who were killed on February 8, 1968.

Martin Luther King III, the son of the slain civil rights leader, was in Columbia on Friday.  "I don't believe that just because justice is delayed that it's bad," he said in an interview with Carolina News

He also said the felt like there could still be closure after all these years.