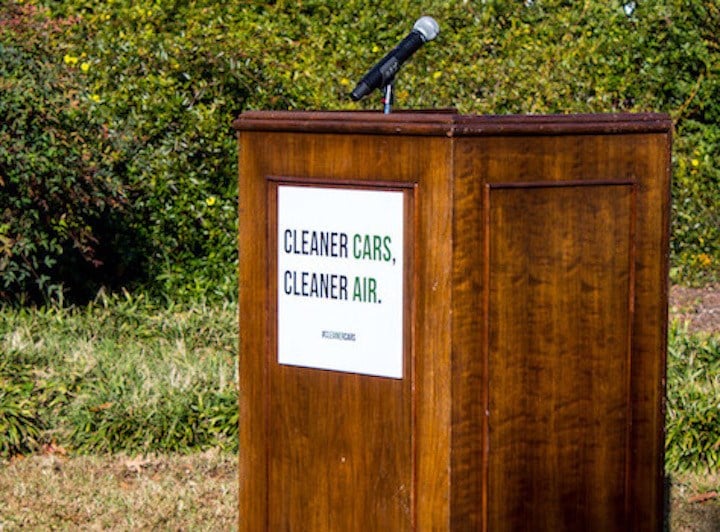 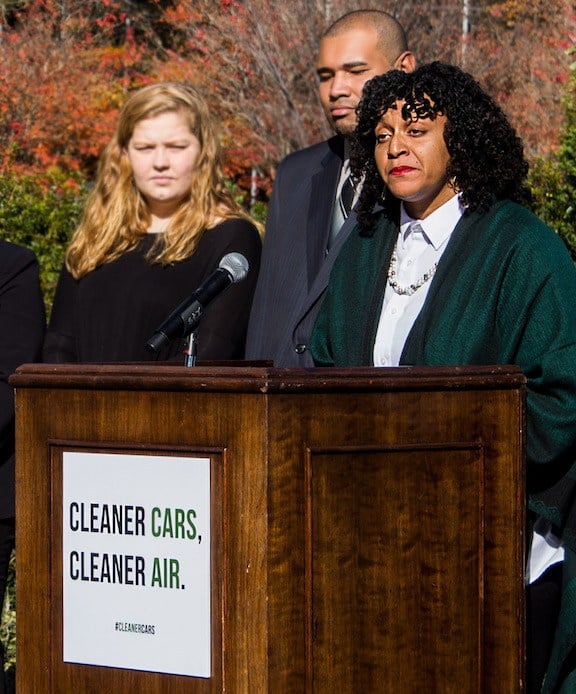 Tmaeria Warren of Whitetail Environmental speaking about the importance of the clean car standards put in place by the EPA and the DOT. 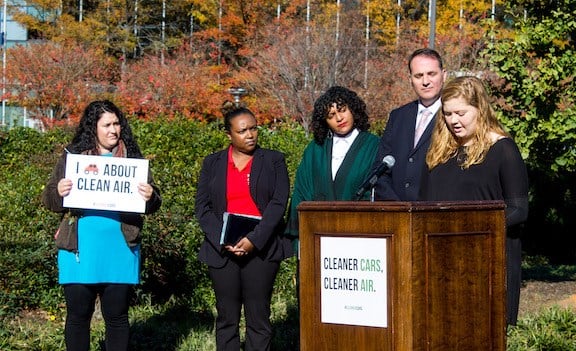 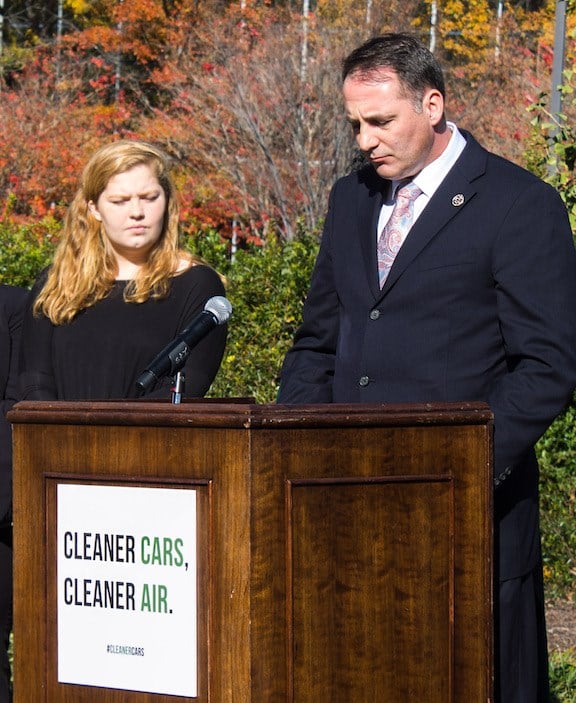 Samuel Scheib, manager of transit planning at the Comet, announcing that he urges senators to fight to keep the clean car standards.

Five community leaders in Columbia are actively calling on Washington lawmakers to maintain the clean car standards set in place by the Environmental Protection Agency and the U.S. Department of Transportation.

In March 2017, President Trump made a public announcement saying that he planned on rolling back the EPA and the DOT’s clean car standards for new cars hitting the market between 2022 and 2025.

“Automobiles represent the single most non-point producer of air pollution in the U.S.,” said Samuel Scheib, the Columbia COMET public transportation director of planning and development. “I urge our senators to protect public health by supporting the EPA and DOT’s clean car standards.”

The clean car standards were first implemented by the EPA and the DOT in 2012. They place limitations on air pollution produced by vehicles and regulate gas tank fuel efficiency used by automakers. If these standards are rolled back, it will cause an increase in the U.S.’s carbon pollution levels.

According to the EPA, air pollution is a common trigger for many Americans who suffer from asthma. Asthma is a condition that causes the constriction of respiratory airways, and is disease that is most commonly diagnosed in children.

Shakeila James, regional field manager of the Moms Clean Air Force, can attest first-hand to the negative effects of poor air quality on a child with asthma. She says that her 11-year-old son, Jayden, first started showing asthmatic symptoms at the age of two.

“There are days where the smog is too thick for him to play outside, because as he puts it, ‘Mommy, it takes my breath away,’” James said. “That smog comes from air pollution.”

“I’m here today to speak out in opposition to any attempt by the EPA administrator to rollback important vehicle, fuel economy and carbon pollution standards,” James said.

While the clean car standards help limit the negative effects of air pollution for Americans with conditions like asthma, these standards also have a positive effect on the economy.

“The availability for people to purchase vehicles with lower gas mileage is a guaranteed way for consumers to have as much control as they can over what they are spending on fuel,” said Ernie King, the general manager of the Columbia branch of AAA.

“Under the EPA’s and the DOT’s clean car standards, Americans have already saved over $48 billion at the pump. And by 2030, the average household in South Carolina could save as much as $2,900,” King said.