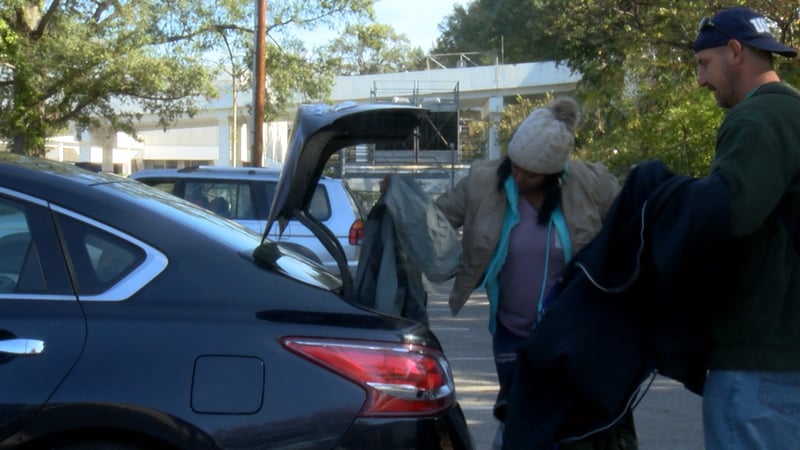 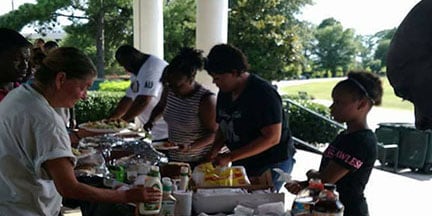 Nearly a year ago, Ericka Brown was searching for a larger purpose in life. The Columbia resident asked God to guide her, and a few hours later she found herself in a Publix grocery store buying sub sandwiches. Brown took the sandwiches to Finlay Park, where a significant amount of homeless people spend their mornings, and fed them.

What this small act of kindness turned into was the nonprofit organization, Be Kind Be Great. Brown and five others frequent Finlay Park, the public library, and other locations where the homeless spend their time. They deliver care packages that contain everything from toothbrushes and tooth paste, to winter jackets and gloves.

Each Saturday, Brown and her team hold a fish fry in Finlay Park, something they have done for the last seven months. Last Saturday almost 150 people were in attendance and they ended up running out of food.

Brown has always had a heart for the homeless, because she was in their shoes several years ago.

“I’ve lost my home, I’ve lost my job, I’ve lost my car and being a mother of four it’s been hard,” Brown said. “Being a domestic violence survivor as well I can relate to some of the women that come out because of abuse.”

One of her goals is to be on a first-name basis with everyone she helps. “I want them to know it is deeper than just giving them a meal for me,” said Brown.

Byron Walters is one of the homeless people who has benefited from the work done by Be Kind Be Great. He is from Greenville and was homeless there, but relocated to Columbia to try and be closer to his children.

“It’s kind of hard because when you are hungry and homeless and you aren’t thinking straight and nothing is going right, this is like hitting a gold mine,” said Walters. “It’s like Jesus is actually right here, it gives me hope.”

Hope is exactly what Brown wants to give people.

“We can’t take everybody home but we try to give them as much joy as we can while they are here," she said. Her ultimate goal is to establish a place where the homeless can come eat hot food, take a shower, and take different classes that teach them skills to help get them back on their feet.

If you are interested in donating or volunteering visit https://bekindbegreat.wixsite.com/website