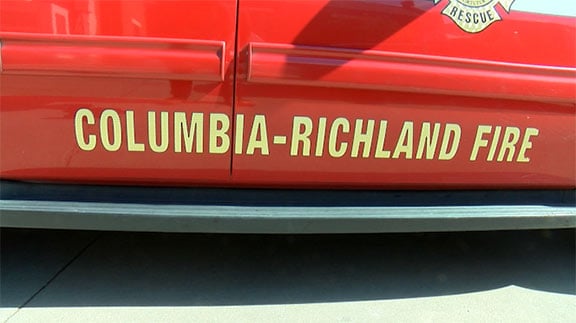 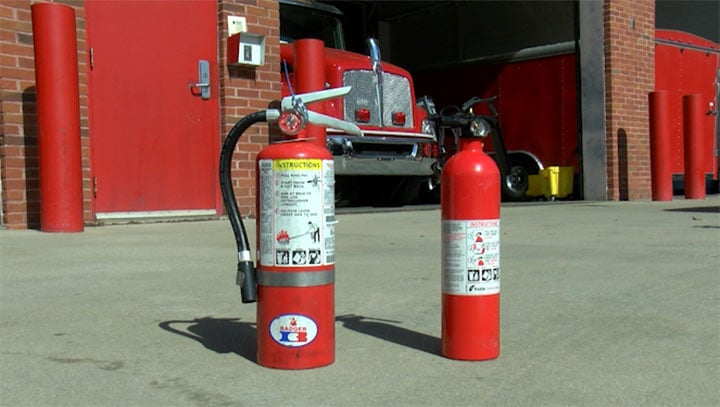 The fire extinguisher on the right is one of the recalled models, while the one on the left is an example of one with a metal head. 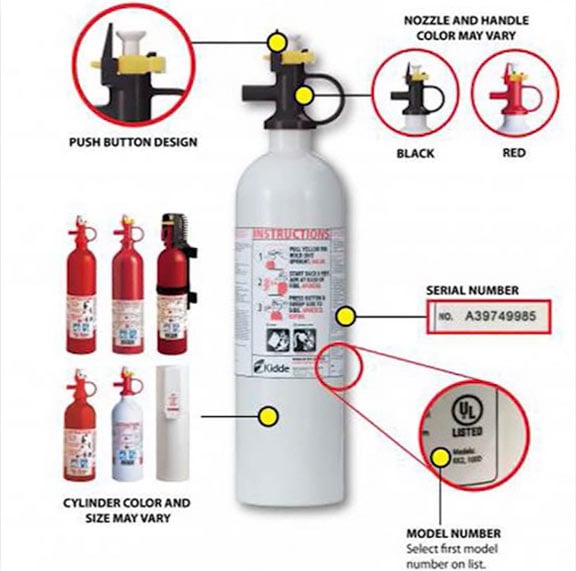 These are a few examples of the more than 100 recalled products.

A recall was announced this week on nearly 38 million Kidde fire extinguishers.

The Consumer Product Safety Commission said  the fire extinguishers can become clogged or require a lot of force to use and can fail during a fire emergency. The nozzle also can detach with enough force to pose an impact hazard.

The recall includes 134 different models of fire extinguishers produced between 1973 and  August of 2017.

Columbia Fire Department Capt. Brick Lewis says the malfunctions are likely  linked to the plastic used in these models.

“Brands like this, but with the plastic tips, where they’re getting clogged, and they’re also coming dislodged from the actual cylinder, can cause a serious hazard,” Lewis said.

The faulty products reportedly caused 16 injuries, and one death in 2014 after first responders were unable to get an extinguisher to work when responding to an accident. There have been 391 reports of failed activation according to the commission, and 91 reports of property damage as a result.

Kidde has said that people who own one of the recalled models can contact the company to get a free replacement. Lewis is urging people with the affected products to take advantage of the replacement program.

“We don’t want persons to have something that they believe is going to be a firefighting tool if they have a small fire in their kitchen, or at their car, and that becomes a danger,” Lewis said.

Fortunately for people at the University of South Carolina, there are no Kidde fire extinguishers on campus.

According to USC fire inspector Ben Bowers, the fire extinguishers on campus are checked regularly to ensure they are fully functioning.

“There are no Kidde models on campus. All of our extinguishers have metal heads on them, and they’re inspected monthly by trained personnel,” Bowers said.