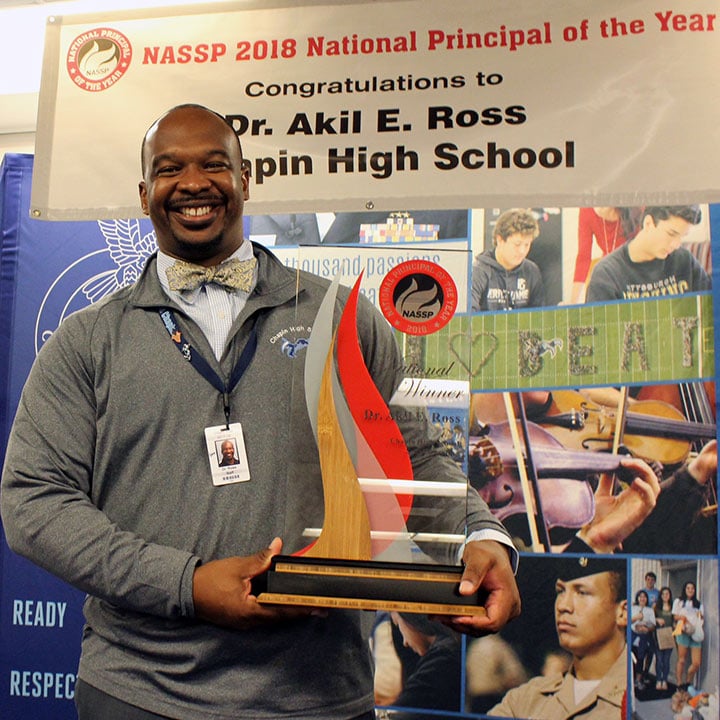 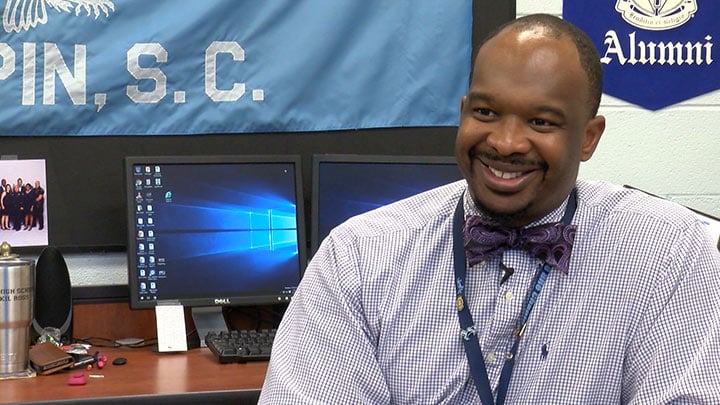 Chapin High School Principal Akil Ross explains how winning the Principal of the Year award is a team effort. 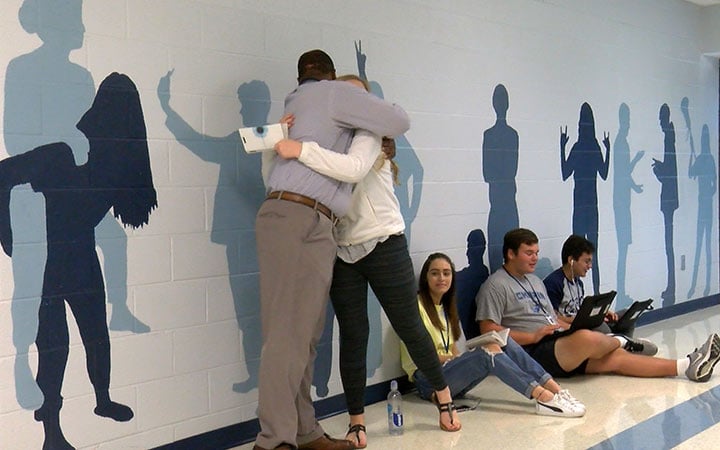 Dr. Ross takes the time to intereact with his students outside the office. 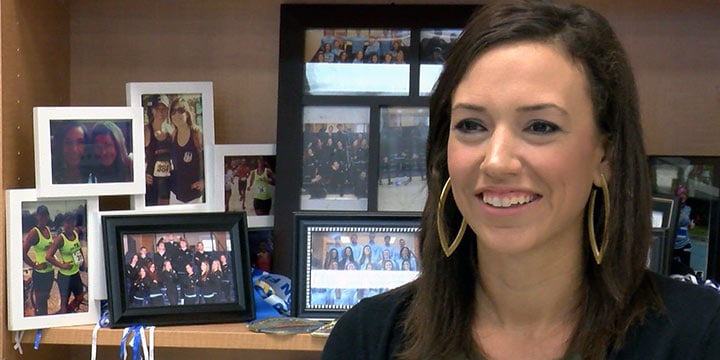 Akil Ross, principal at Chapin High School in Chapin, has a special phrase for the way he describes the school: “We are a thousand passions with one heartbeat.”

On Oct. 20, Ross was named 2018 National Principal of the Year during an assembly that morning.

A former Duke linebacker, Ross always wanted to make an impact. His ability to encourage students to get better everyday fuels him, so that "if a student comes in and they’re feeling low, but you can make their day a little better ... it feeds you," he said.

Ross has been principal at Chapin High School for seven years and an assistant principal for five years before that. Last year, he won the South Carolina state principal of the year award.

Ross spends most of his time outside the office, in the hallways, interacting with students and faculty.

Chapin teacher Billie Williams says Ross is unconventional and always willing to meet students where they are — often that's in the halls.

“He does something where he puts his table and chairs in the hallway. He calls it his mobile office, where students and teachers have access to him, because principals are in meetings so often that they never get to see their students," Williams said.

According to Lexington-Richland District 5 spokesman Derek Phillips, Chapin’s graduation rate rose from 82 percent to 96 percent under Ross’ administration. The high school has around 1,300 students, in grades 9-12, and holds a 97.7 percent attendance rate.

After winning the award, Ross got a phone call from U.S. Secretary of Education Betsy DeVos congratulating him on the accomplishment. He joins previous award winners from South Carolina: Sharon Buddin of Columbia’s Ridge View High School in 2002 and Lucy Beckham of Wando High School in Charleston County in 2009.

It’s an honor to receive the award, but Ross doesn't think he deserves all the credit. “It’s really a team effort by everyone at Chapin High,” Ross said.