Further stress arises for Dreamers in the state - DatelineCarolina 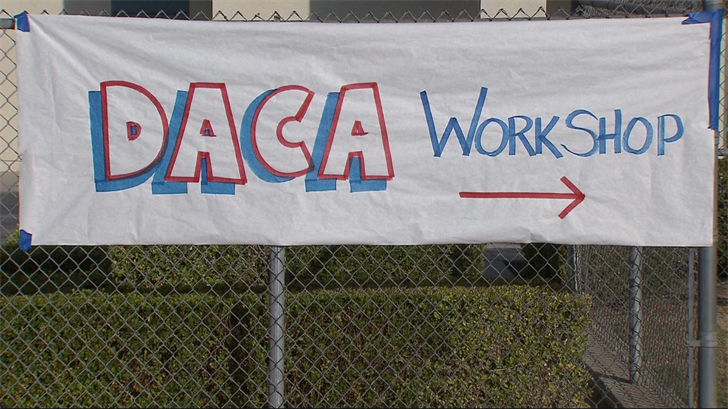 Further stress arises for Dreamers in the state

With Gov. Henry McMaster's renewed focus on sanctuary cities and the impending end of the DACA program in March, many South Carolina "Dreamers," those illegal immigrants brought to the U.S. as children, are now worrying about their futures.

McMaster announced that cities will be required to swear in a statement that they are complying with federal immigration agents and enforcing immigration laws.

Myriam Torres, director of the Consortium for Latino Immigration Studies at the University of South Carolina, hears the struggles of students who are affected by the Deferred Action for Childhood Arrivals program, or DACA, which allows children brought into the country illegally to remain in the U.S. President Trump ended the initiative earlier this year but urged Congress to come up with a renewal program so that DACA recipients can continue to live and work legally in the U.S.

Torres see the stress that DACA recipients go through each day, and says that it all starts with the application process itself.

“Applying for DACA means that you reveal lots of personal information to the government and now there is a sense that you are afraid because all your information is out there,” Torres said.

Julie Smithwick is the Executive Director of the statewide non-profit PASOS, an organization that helps find Hispanic families the resources they need to live their day-to-day lives. She knows that the absence of one person can impact a whole family, and possibly even a whole community.

Some DACA recipients, Smithwick said, are the sole bread winners for their families, which means if they lose their status that family loses their financial stability. She also says that sometimes, these are the people that may be the only ones with a driver’s license in their community, which then has an even larger impact and creates more stress on others.

While many DACA recipients are preparing for what might come, they continue to advocate and make their voices heard. Rallies have been held at the State House and faith leaders have spoken out in support of the Dreamers and their aspirations to stay in America.