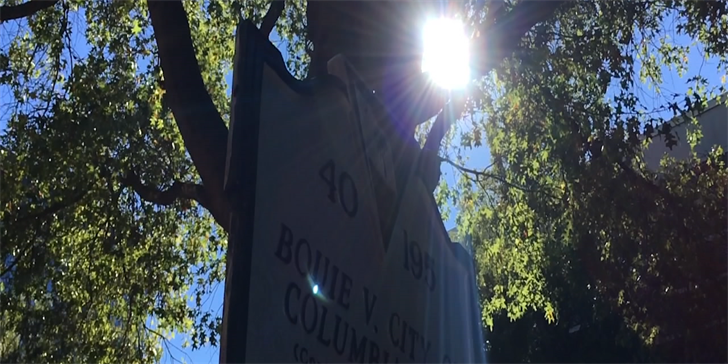 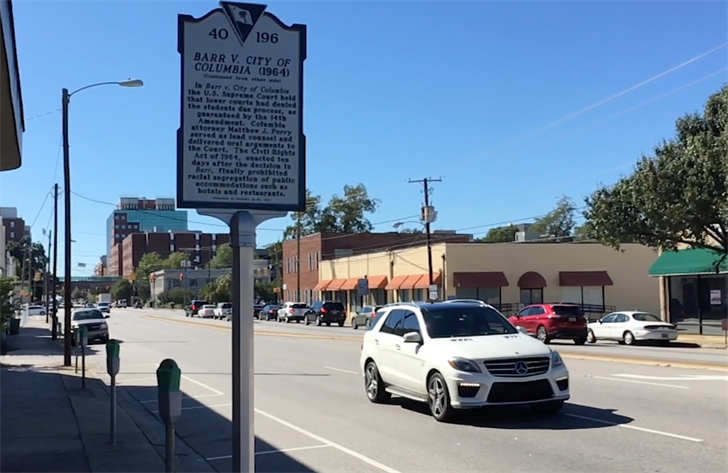 The new historical marker at 1520 Taylor Street stands in honor of five students from Benedict College who staged a sit in on March 15th, 1963. 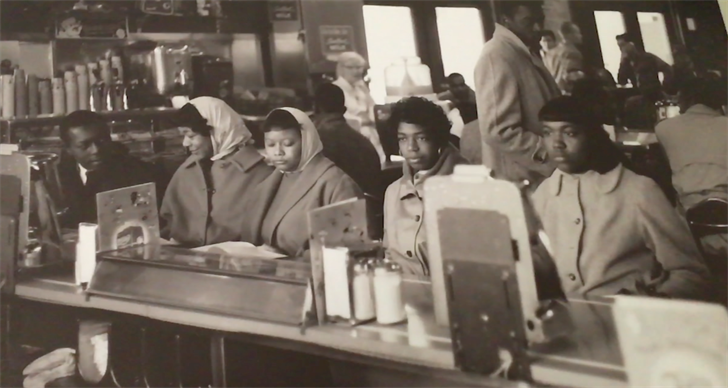 A historical photo of the five students from Benedict College who were arrested in 1963 for staging a sit-in at the Taylor Street pharmacy.

On March 14, 1963, two students, one from Allen University and the other from Benedict College, walked into the Eckerd's Luncheonette on Columbia's Main Street and sat down at the counter.

The students, Talmadge Neal and Simon Bouie, requested food service, were denied, and police were called to remove them from the premises. Both were arrested for trespassing.

The following day, five students from Benedict College walked into the Taylor Street Pharmacy and sat at the counter. They also requested service, were denied, and then arrested for trespassing.

The sit-ins and arrests led to two U.S. Supreme Court cases that cleared the way for desegregation of public facilities. Now, 53 years later, SC63 has erected two new historical markers in downtown Columbia in honor of those student leaders, who during the civil rights movement dared to believe Columbia could be different.

Two ceremonies were held on Oct. 12 to publicize the new markers — the first on Main Street and the second on Taylor Street.

The first ceremony honored Bouie and Neal. Bouie, who still calls Columbia home, was present at the ceremony, along with the brother of the late Talmadge Neal. Their arrest in 1963 led to the Supreme Court case, Bouie v. City of Columbia, in which the Supreme Court stated that they believed the state of South Carolina interpreted the  trespassing laws incorrectly and wrongly arrested Bouie and Neal.

The high court court reversed the convictions originally placed by South Carolina, and now a marker stands at 1530 Main Street to remember the sacrifice Neal and Bouie made in 1963.

The second ceremony, held where the Taylor Street Pharmacy used to stand at 1520 Taylor Street, honored the five students from Benedict College. Their arrest led to another major Supreme Court decision in Barr v. Columbia in which the Supreme Court reversed the breach of peace conviction decision by the state.

Bobby Donaldson, director of SC63 and a professor at the University of South Carolina, says that the organization will continue to conduct research and uncover the hidden civil rights history of Columbia, with the hopes of educating the community on the important events that took place “right outside their door.”