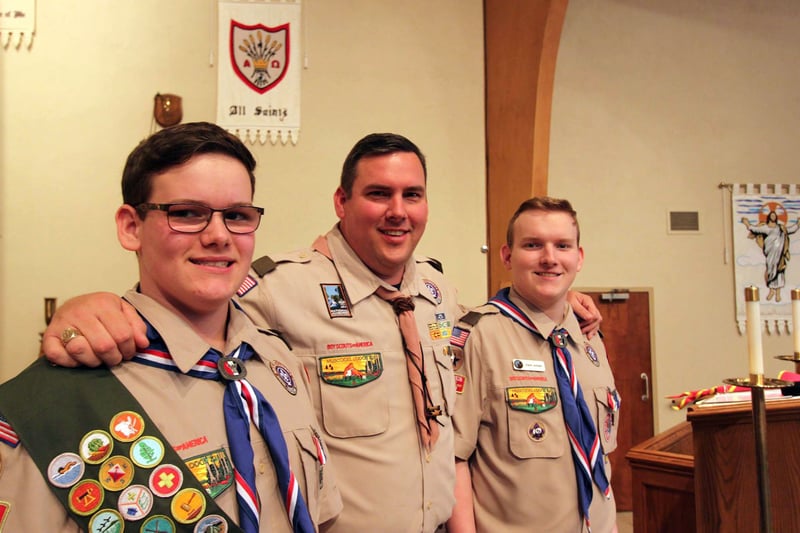 The public wasn’t completely on board with the BSA’s recent decision to include girls in the program. Many reiterated that boys and girls have their own organizations already, while some ackowledged the honor of becoming an Eagle Scout and said including 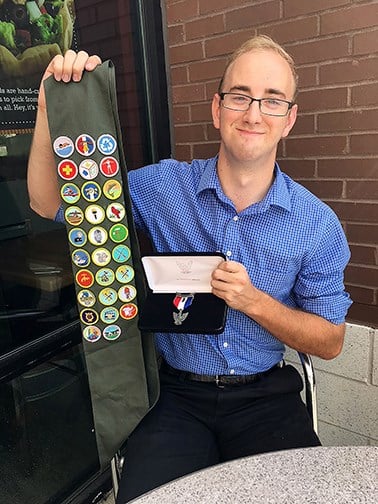 David LaTorre shows off his achievements throughout his time with Boy Scouts. One of his favorite memories was making hobo pack dinners during camping trips, though he admits he isn’t the best at cutting up vegetables.

The public’s response to the Boy Scouts of America’s decision to accept girls into its iconic Scout and Cub programs was swift and fierce, and the debate is expected to continue.

Families will be allowed to enroll both boys and girls into Cub Scouts in the 2018 program year.  In a statement Oct. 11, the non-profit organization said existing packs may choose to establish a new girl pack, establish a pack that consists of girl dens and boy dens or remain an all-boy pack.  Cub Scout dens will be single-gender — all boys or all girls.

Other Scouting groups like Explorers and Venturing have been open to boys and girls since 1971. Both the Sea and STEM Scouting programs are also co-ed.

“The shift and change taken by BSA is one that brings the whole organization together utilizing the same joining criteria for all branches of the tree,” Jordan said.

Girls have almost always been at Scouting events that Jordan has taken part in. He's seen siblings join a brother for Cub Scout events, and there are even some female leaders at Boy Scout events.

“As a leader, I’ve never taught anything to a boy that a girl being in attendance would not have also benefited from learning,” he said.

Most of his Cub Scout events other than weekly meetings have been open to the whole family, and Jordan thinks this change will benefit families who want to be involved as a family unit.

“I believe this will only make the BSA a stronger organization because now it includes the entire family without exclusion,” he said. “I believe a lot of families wanted to see a more inclusive organization that they could be part of wholly rather than being pulled in numerous directions.”

The Boy Scouts of America says the decision to welcome girls into the Cub Scouts program is a way to meet character development needs of all children as well as accommodate the diversity of families today, according to the press release posted Wednesday.

Jordan is aware of the backlash on social media, but acknowledges how societal norms and demands were different at the time when the groups were created.

“The two organizations were created in the early 1900s. I believe that if society would have deemed it normal to have a co-ed program, we would have,” he said. Jordan mentioned there are already many parallels and similarities between the two programs’ oaths and mottos.

“I think it should be noted that the mission of the Boy Scouts of America is this: ‘…to prepare young people to make ethical and moral choices over their lifetimes by instilling in them the values of the Scout Oath and Scout Law.’ Young people… not boys, not girls. I believe the ideals taught in Scouting rival no other organization and all young people can benefit from them,” Jordan said.

David LaTorre received the rank of Eagle Scout in 2012. He thinks by revising some of the Girl Scouts policies, more young girls would be interested in continuing with the program until completion. He worries that many people associate Girl Scouts with cookies whereas the Eagle Scout achievement is more familiar to the public.

“They have the power to say ‘O.K., we’re going to do more of this and this,’ and change it within their group,” he said. “I do believe there are some things the Girl Scouts can change … what activities they’re doing and the skills they’re developing for the girls. I think they should be heightened. Girls should have equal opportunities for that."

Part of the BSA’s decision to accept girls includes the opportunity for advancement to receive the Eagle Scout rank, the highest attainable rank in the Boy Scout program. The same curriculum as the Boy Scouts program will be used in the girls’ program to earn the Eagle Scout rank. “This will be to maintain the integrity of the single gender model while also meeting the needs of today’s families,” said the press release.

If you have questions, email Davenport at caroline.davenport11@gmail.com.