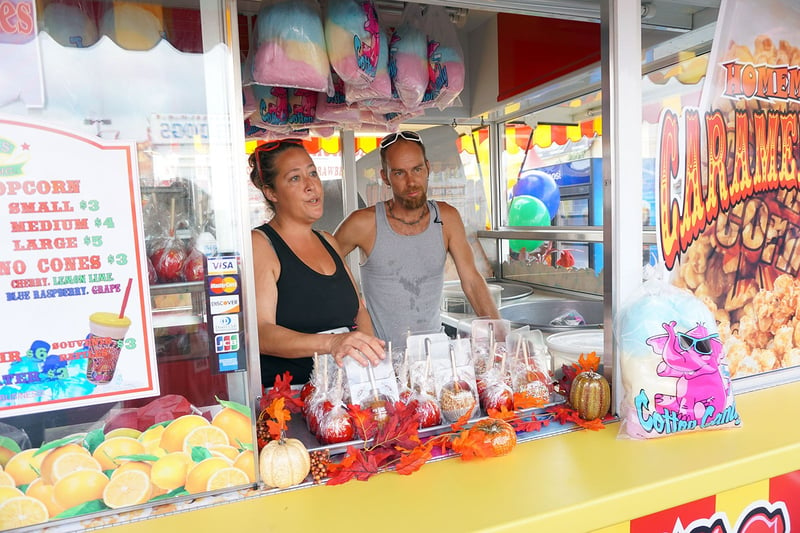 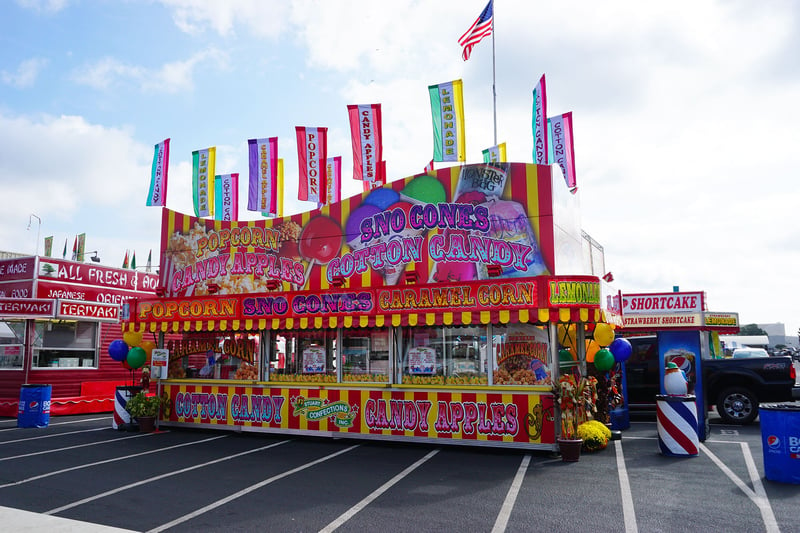 Jason Burroughs and Chasity Lynch are excited for the fair crowd to visit their newly renovated trailer and taste the freshly prepared candy apples, caramel corn, cotton candy and lemonade. 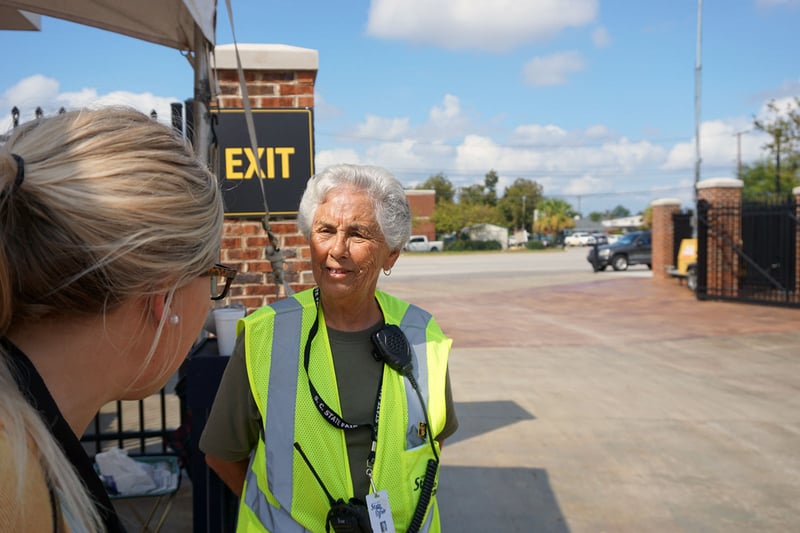 Gate attendant Pat Roberts directs workers and vehicles through the State Fair gate in front of the rocket during preparation week. She said it will close Wednesday morning when visitors are allowed to enter the park.

A fair worker inspects this roller coaster, making sure everything is bolted down and ready to run smoothly for opening day Wednesday.

The gates of the fair grounds opened Wednesday for the 148th South Carolina State Fair. For South Carolinians, the fair marks autumn’s arrival even as temperatures hover in the high 80s. The fair hosts exhibitions from every county in the state, but it’s not unlikely to bump into people from all across the country and world.

“When you see it at night, it’s really pretty lit up,” said Chasity Lynch, who runs a candy cart with husband Jason Burroughs.  They travel year round with Stuart Confections Inc. This is the couple’s first time at the South Carolina State Fair.

“We love what we do… we make some of the best product on the Midways," Burroughs said. He has worked with the company for 20 years and said the boss’s caramel recipe is award-winning and hasn’t ever been shared with anyone.

The couple arrived Monday and completed setup only three hours later. They have another candy wagon yards away, and a location in Virginia selling anything from daiquiris to pizza. Not only do they have an impressive setup record, they sell a lot of candy apples on the average weekend. “We sell anywhere from 300-500 bags of cotton candy, and 40 bushels of apples, so it could be around 3,500 per day,” said Lynch.

The customers are what make the job most rewarding, and both Lynch and Burroughs say giving away treats to the children brightens their day. “I have a lot of fun working here, but the best thing in the world is handing a little kid their candy apple or bag of cotton candy and seeing that smile, because it just lights their face up,” said Lynch.

Burroughs also recalls a recent stop in Virginia when he was carrying a cart of apples away during shutdown. “I see this little boy crying because he really wanted a candy apple, and I’m towing a wagon with three racks of apples on it, so I said ‘here you go, bud.’ You know what, that’s what I live for. To see that little kid just light up. I love it,” he said.