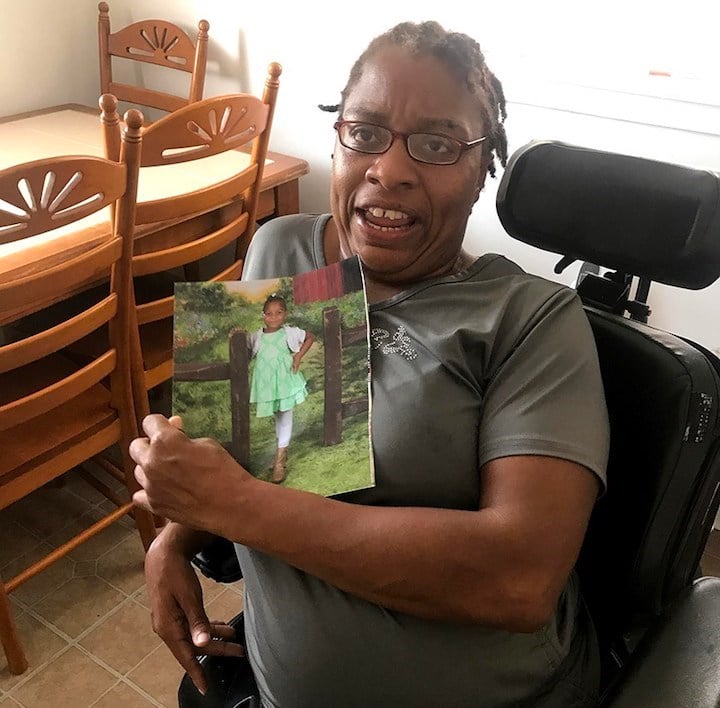 One woman's journey of overcoming homelessness 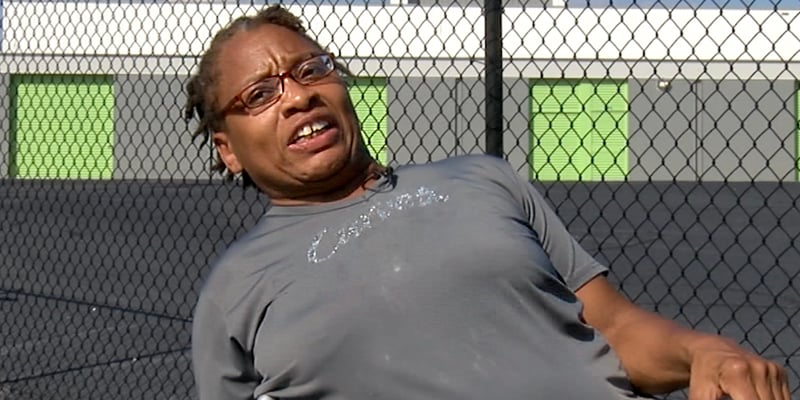 Richardson at Extra Space Storage, where she lived for two months.

Natasha Richardson, who has cerebral palsy and is wheelchair bound, was homeless for about two months in the autumn of 2016, sleeping in a storage unit she rented off Decker Boulevard.

She was unemployed, separated from her husband and unwilling to tell her parents, who were caring for her 5-year-old daughter, of her tenuous plight.

“The second green door behind me is where I would sleep on the nights that I didn’t have money for a hotel room and it wasn’t cold enough for the inclement weather shelter to be open,” Richardson recalled, pointing to the small storage compartment. “I would get dressed here in my storage using baby wipes.”

During the day, Richardson, who holds an advanced college degree, looked for jobs and ate at fast food restaurants that had cheap menu items. She paid for her food with funds from her monthly disability check.

She had twice stayed at Transitions Homeless Center, at 2025 Main St. in Columbia, which has 260 beds available to people who need overnight housing.  But, she really wanted a place to call her own.

On an autumn night last fall, she went to the city’s winter shelter where she ran into Lauren Wilkie, Transitions’ Program Director. Wilkie told Richardson that night that she would work with her to find a place to live.

Richardson said Wilkie told her: “I know you have an income, and I know you’re trying, so find a house and we’ll help you.”

Transitions provided a grant that Richardson used to pay her deposit and first-month’s rent in December 2016.  Six months later, Richardson got a part-time job, ensuring that she would have income to continue to pay her rent.

Transitions has helped 1,746 people find permanent housing since 2011, according to Craig Currey, Transitions’ chief executive officer. He said that there are now about 2,000 homeless adults in the Midlands.

Richardson now works at Sam’s Club on Forest Drive, handing out food samples. When she is not working, she continues to look for a full-time job and volunteers at the place that restored her hope, Transitions.

To this day, she said her parents still do not know that she was without a home for two months.