Museums and mythology and Oz, oh my! - DatelineCarolina 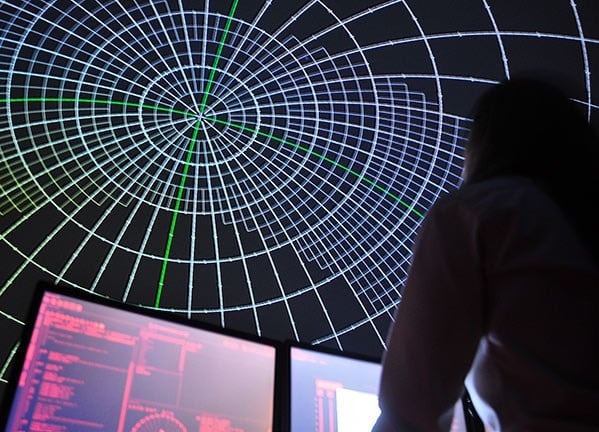 Museums and mythology and Oz, oh my! 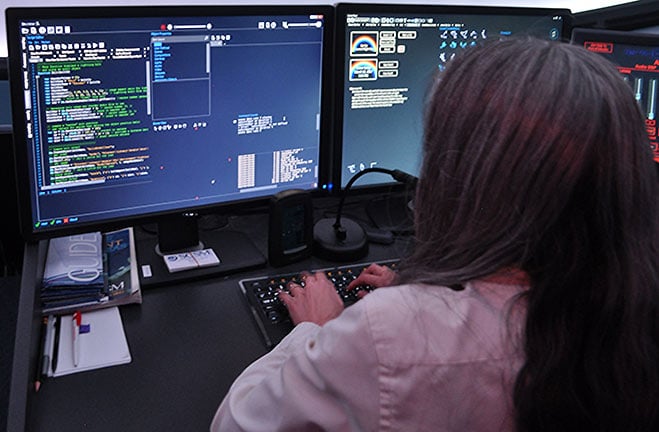 Planetarium manager Liz Klimek can call up constellations and planets from the control panel, which is also where the presenters sit when doing live shows.

The South Carolina State Museum is definitely not in Columbia anymore. Beginning Sept. 30, the museum will celebrate the Halloween season with a “Museum of Oz” theme throughout the month of October. In addition to the museum’s permanent exhibits, it is adding special events and shows, including a “Skies Over Oz” show at the museum’s planetarium.

This is the second year the museum has gone over the rainbow. Last year’s “Museum of Oz” event was much smaller and focused on the 4-D movie that tells the “Wizard of Oz” story in 16 minutes. Jared Glover, the museum's public relations manager, said the museum was one of the first theaters to show this version of the story.

“We thought we might as well just build on that and make the whole museum an experience,” he said.

Even though “The Wizard of Oz” isn't the first thing you think of when you think of Halloween, Glover said it's the perfect balance of thrills and chills for both kids and adults. The event was surprisingly popular, so they decided to enhance it for its second year.

The BlueCross BlueShield of South Carolina Planetarium has other Halloween shows, but Liz Klimek, the planetarium manager, wanted to connect the planetarium to the “Museum of Oz” theme. She got the idea in April and worked with Diana Yoder, the science education manager, to assemble the show.

Since they were in the middle of making programs for the August eclipse, it was a short turnaround — Klimek said they had about a month to put it together. There aren’t any special effects or artwork, so the focus is on storytelling, especially since the show is done live and unscripted.

“It’s got that organic component to it,” she said.

Like many of the museum’s live sky programs, Klimek compares “Skies Over Oz” to a lesson plan with an outline and plot points that all of the presenters will hit on, but the show will be slightly different depending on the presenter. For example, Klimek says she does less mythology and more astronomy facts and mission updates.

“We all kind of add our own little flavor to the live programs,” she said.

To create the show, Klimek took elements from both the original L. Frank Baum book and the better-known movie adaptation and turned them into an approximately 15-minute show.

The show begins with the current night sky over Columbia before an “imaginary, magical” transition takes audiences over the rainbow. Klimek says the skies over Oz might look familiar since she using the image of the sky from mid-March. Because of copyright, Klimek took existing constellations and reimagined them into characters from the story. The show will then discuss how different cultures all over the world have constellation myths.

“It’s not like this is a groundbreaking new concept,” she said. “We’re just imagining this culture that comes out of a fantasy novel or a fairy tale novel and imagining what their constellations might be like.”

Instead of taking the audience back home with Dorothy, the show stays in Oz and explores the Munchkins’ perspective of Dorothy’s story and how they memorialize it.

“Glinda then took the likenesses of Dorothy and all of her companions and put them up in the sky so that everybody when they look up at night will remember her magnificent time here,” Klimek said. This is similar to many of the Greek constellation myths, except instead of the Greek gods it’s Glinda the Good Witch.

Klimek says “Skies Over Oz” differs from other shows in that they’ve never been so creative in adapting a story into a constellation myth. She says that while everyone has heard the standard stories of the familiar constellations, “no one’s heard the tale of Dorothy and Toto and all of her friends and their epic adventures as a sky myth.”

If it’s well received, Klimek hopes to do it again next year with some additional artwork or different versions of the story. Glover says that part of the museum’s mission is to educate while giving guests a good experience, and that it’s great to see kids learning about the constellations and different cultures’ perspectives of the constellations.

“Sometimes just walking out into the lobby and seeing little kids dressed up in their ‘Wizard of Oz’ costumes just makes it all worthwhile,” Glover said.

Klimek hopes that audiences enjoy a different way of experiencing the “Wizard of Oz” story from a fresh perspective.

“Everybody thinks about that story from Dorothy’s perspective, you know her time there and how she felt, but what about the world that she visited and all those lives that she touched?” she said.

Carolina News reporter Kyron Beale explains what else is going on at the "Museum of Oz" event: