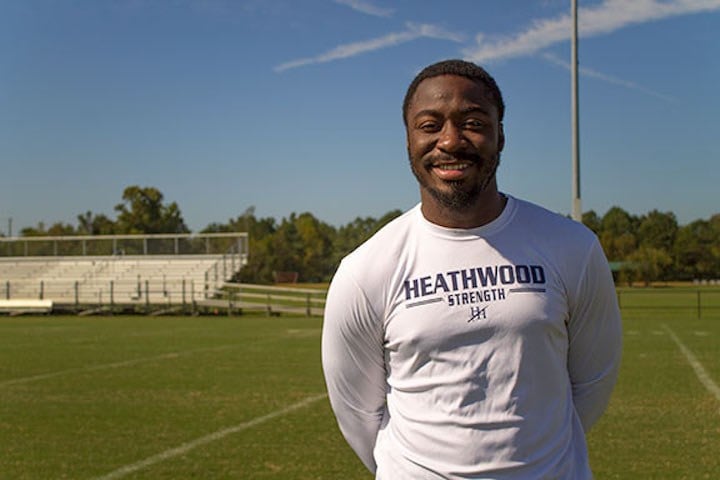 Marcus Lattimore, now the head coach at Heathwood Hall Epsicopal High School, stands on the football field that he now coaches on. 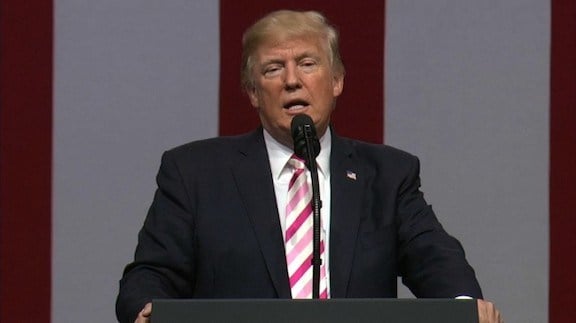 Image credit to CNN. President Donald Trump speaking at an Alabama rally and publicly condemning NFL players that kneel for the national anthem. 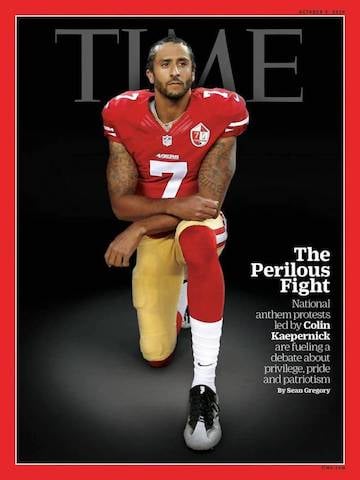 Image credit to TIME Magazine. Former San Francisco quarterback Collin Kaepernick on the cover of TIME Magazine in 2016 as the first NFL player to kneel in protest during the national anthem. 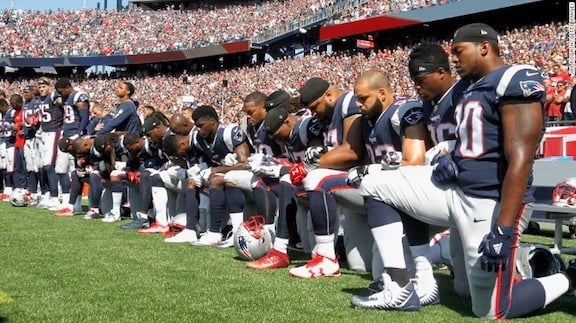 Image credit to CNN. Players from the New England Patriots taking a knee in protest during their game against the Houston Texans.

Marcus Lattimore, the former star running back for the South Carolina Gamecocks, said if he was in the NFL today he would have taken a knee or linked arms to protest racism and comments made by President Trump.

“Many of the players that retire from the NFL take extreme pride in their jersey and their team,” Lattimore, who signed with the San Francisco 49er’s, said Tuesday. “And a lot of them feel like the NFL has been disrespected by the comments made by President Trump this past weekend.”

The President ignited a firestorm at an Alabama rally when he said that NFL players were unpatriotic for not standing during the national anthem.

Prior to those comments, people were primarily focused on Lattimore’s former teammate, Collin Kaepernick, who was the first NFL player to kneel during the national anthem as a form of peaceful protest. Kaepernick, who remains unsigned, described his action as protesting racial injustice.

“He’s one heck of a football player, but he realizes that this is bigger than football,” Lattimore, now the head football coach at Heathwood Hall Episcopal School, said. “And the NFL is a great platform to use, and we’ve seen in history that athletes have used their status in sports to create a platform for important issues.”

Lattimore, a native of Duncan, South Carolina, started his college football career in 2010 playing for USC. His freshman year he led with a Gamecock record-breaking 1,197 rushing yards and was named National Freshman of the Year for college football. In 2011, his season came to an early end due to a knee injury in a game against Mississippi State. In 2012, he suffered a knee injury during a game against Tennessee and his season was cut early once more. He then went on to the NFL to play for the San Francisco 49er's. During his time in the NFL, he got to know fellow players like Kaepernick well.

“And I also think it’s good to remind people that Kaepernick has said from the beginning that his movement is about social injustice and inequality," Lattimore said.

Regardless of the personal reason behind why each NFL player has taken a knee, linked arms, or didn't make an appearance on the field, one thing is clear as the NFL season rolls on: the protesting has only just begun.

"I'm excited," Lattimore says, "I'm excited for the future and to see where this goes, I think these guys can make a change."