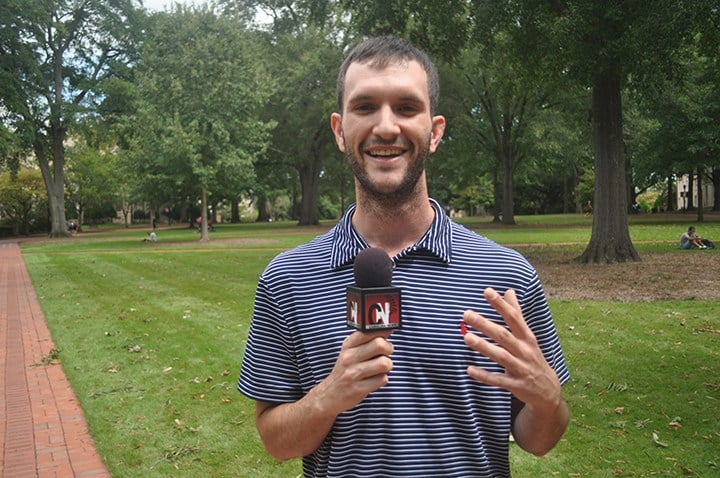 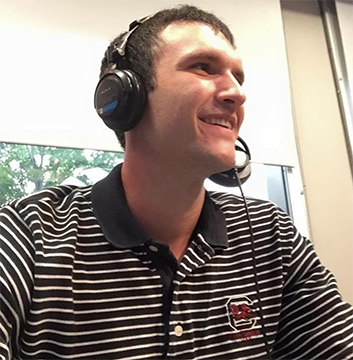 Be the change you want to see in the world

The Columbia native developed a love for sports at an early age. Being featured on the news skateboarding at 11 years old, he became curious about news and reporting. By freshman year of high school, Eric knew he wanted to be a sports journalist.

When he first arrived at the University of South Carolina, it was ESPN anchor or bust. Once he learned about the production side of the business, his interests changed. He can now see himself producing sports documentaries or sports talk shows. Eric is more than capable of covering a wide-range of topics and not just limited to sports.

A people person, Eric is out-going and usually has a smile on his face. Eric can talk to anyone about anything at any time and has never met a stranger.  When he is not watching, covering or talking about sports, Eric loves to spend time with his friends, family and two dogs. Although he loves his Gamecock football, Eric is a die-hard NFL fan. He is an avid golfer and tries to play whenever he can.