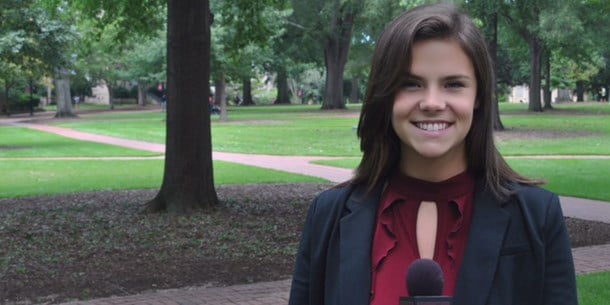 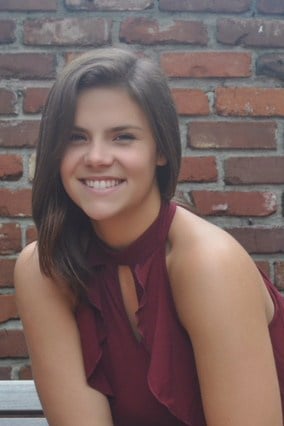 While her DREAM job would be “pizza taste tester,” Maureen Williamson aspires to get into the field of reporting. Reporters tell stories, and the thrill of reporting, for her, comes from traveling to new places and meeting new people.

Unlike most hoping to enter this field, Maureen did not always want to be a reporter. It was not until high school that Maureen’s interest in reporting was sparked. After speaking at a pep rally for student government, a guidance counselor confronted her and suggested she look into broadcasting. After some research into the profession and possible colleges to attend, she knew when she came across the University of South Carolina’s broadcast program, that’s what she wanted to do. Maureen is now in her senior semester at the university, and is a part of “Carolina News."

Maureen is the happiest when she is in the middle of a huge crowd of complete strangers. Whether she is working, volunteering, or just simply attending, music festivals are a huge passion of hers. Music festivals have the power to bring all sorts of people together who would normally never cross paths. All of these people have a story of their own to tell, and Maureen wants to help share them.

Maureen also studies hotel, restaurant, and tourism management, which is an industry largely reliant on communication. This past summer she had the opportunity to work as a conference assistant through the University of South Carolina. While working there, she was able to interact with people from all over the country, gaining knowledge of different customs, religions and cultures. She believes that this knowledge can be very helpful when she is out searching for stories in different communities.

Maureen hopes that she has the power to present something that has an effect on at least one person, and wants to spread the word that everyone’s story is important.

If you have a story to tell, feel free to email Maureen at maureen@email.sc.edu. Follow her on Twitter @maureenwnews.